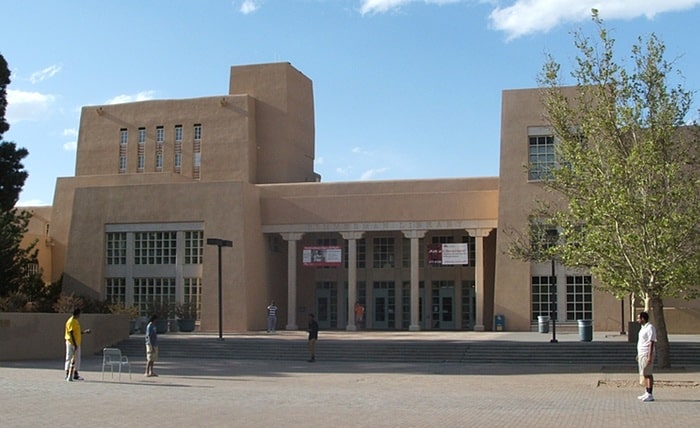 In October 2014 we reported that Monica Pompeo, a former University of New Mexico student who claims she was shunned by school officials for making anti-gay remarks in a class paper, could proceed with her First Amendment lawsuit against the school, after being given the go-ahead from a federal judge.

This week, that judge dismissed the lawsuit, saying that prior to her initial order she had not seen the essay in question, or the wrangling between Pompeo and her professors that went on over its content, and Pompeo has now filed an appeal withthe 10th Circuit, the Albuquerque Journal reports:

Armijo wrote that the further investigation into the case showed Pompeo’s professors offered her numerous opportunities to rewrite her essay to adhere to academic standards or to take alternative academic routes to achieve her class grade.

The dismissal also says that Pompeo’s professor, Caroline Hinkley, was “personally offended” by Pompeo’s views, but that the law was not clear enough to allow the court to decide if that “subjective hostility to a student’s viewpoint” was within the scope of teaching.

Pompeo originally claimed she had been ostracized, even kicked out of class, after she expressed anti-gay views in an essay about a lesbian film as part of an upper-level film critique class. She claimed the professor refused to grade her paper.

According to school records, Pompeo refused, after numerous rounds with her professors, to rework the essay to make it less blatantly anti-gay and substantiate assertions by backing them up “in accordance with academic standards.”

For instance, Pompeo refused to describe lesbian wombs as “childless”, choosing the more derogatory “barren”, and described homosexuality as “perverse”.

At one point, Hinkley told Pompeo that some of her language in the paper could be considered hate speech, according to court documents. And Pompeo told Hinkley that some of the films in the class were “unendurable,” to which Hinkley replied there would likely be more such films. Pompeo reported this made her feel she was being pressured out of the class.

The next hearing in the case is set for January.