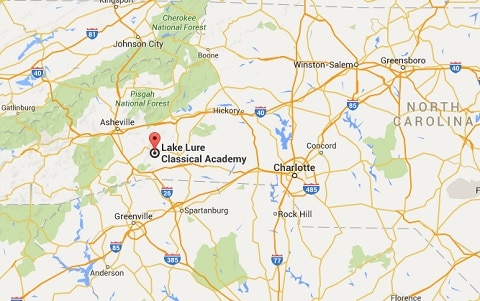 A North Carolina school has reversed a ban on student-led schools prompted by complaints two weeks ago about a newly formed LGBT group.

A teacher at Lake Lure Classical Academy had allowed the club to hold meetings in her classroom. She also gave club members a poster from the Gay, Lesbian and Straight Education Network to display.

At a November the board of Lake Lure Classical Academy voted 5-3 to suspend all club activity until it could seek legal counsel following opposition from parents, teachers and local pastors.

However, according to the ACLU the board last week voted to establish a new policy requiring K-8 students to get parental consent to join clubs.

The board also designed a policy requiring that all club posters receive the approval of the school director.

A statement issued by the school said that the club will be respected “just as we do the chess club, Raptors for Christ and all other clubs that exist or may form under our policy guidelines.” 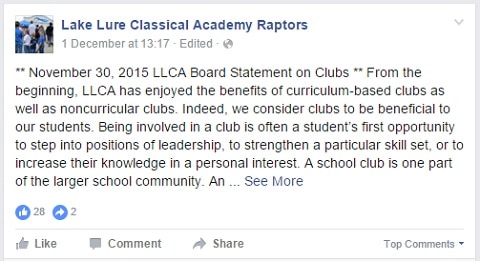 To the students who are currently in the newly­formed gay­straight alliance, or any student who may wish to participate in the future, we respect you as individuals and support you as members of our school family. We support your club just as we do the chess club, Raptors for Christ and all other clubs that exist or may form under our policy guidelines.

In January of this year, Rankin County, Mississippi school district officials banned students from setting up a gay-straight alliance