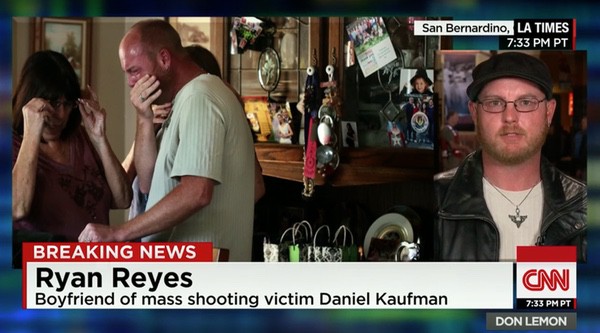 Yesterday we reported that Daniel Kaufman, a 42-year-old who managed a coffee shop at the Inland Regional Center where the shooting took place, training developmentally disabled clients who worked there, was among the 14 killed in the tragic mass shooting that took place on Wednesday. 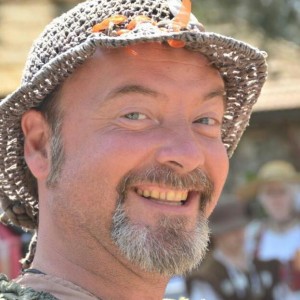 Last night, Don Lemon spoke with Ryan Reyes about Kaufman, and about how he learned of the incident and of Kaufman’s death. That moment was captured in a devastating photo by L.A. Times photojournalist Rick Loomis, who happened to be with Reyes at the time.

“I had taken him to work, and then I went home, he texted me like he usually would….this time he happened to be sending me some pictures. I responded with a little joke picture of my own,” Reyes explains.

Shortly after he received a text from his sister alerting him to something going on at the Inland Regional Center. Reyes turned on the news and immediately tried to get in touch with Kaufman.

“I was getting no response whatsoever from him.” Later Reyes called around to several hospitals and eventually heard that Kaufman was fine, and Reyes went to bed after taking some sleeping pills, and then woke up to the phone call that Kaufman had died.