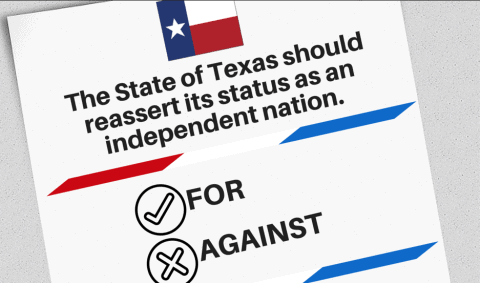 Texas GOP leaders on Saturday voted down two controversial proposals, one calling for the state to secede from the Union and another to move the party’s convention out of Dallas over the city’s recent decision to strengthen LGBT protections.

Both proposals cleared a Resolutions Committee on Friday but were rejected by the 60-member State Republican Executive Committee on Saturday.

The secession proposal, which we first told you about last month, would have placed a non-binding measure on the March primary ballot stating, “If the federal government continues to disregard the constitution and the sovereignty of the State of Texas, the State of Texas should reassert its status as an independent nation.” 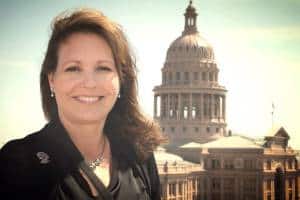 Tanya Robertson (right), the SREC member who introduced the proposal, argued at the executive committee meeting in Austin that the measure would have been “harmless,” allowing voters to register an “opinion only.” She also suggested the ballot language would have helped “get out the vote” among some Texas Republicans who have been sitting out recent elections.

“The goal of these is to take a thermometer of how Texans feels about an issue, and what better issue for Texans to do that with?” she asked.

Opponents of the proposal argued it would have been an unproductive way for Texans to register their dissatisfaction with the federal government, however strongly they feel. One of the opponents, SREC member Mike Goldman, said he was “sorry we are even having the conversation” about secession.

Crystal Kay Perkins, executive director of the Texas Democratic Party, responded to the defeat of the secession resolution:

“While Democrats put forth solutions that are going to improve the daily lives of Texas families, Republicans were considering whether or not to put an un-American, unpatriotic Texas secession proposal on their ballot. At the very least the Republican party bosses still believe they are Americans. We’ll never know if their fringe primary base would have voted for secession. They didn’t get the opportunity. What remains clear is that the Tea Party has taken over the Republican Party. Every hardworking Texan should be worried that fringe issues are now the hot topic in the same party that controls state government. Rest in Peace, GOP.” 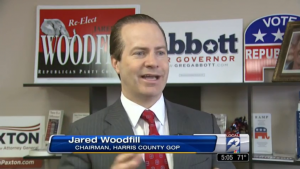 The proposal to move the GOP convention out of Dallas was put forth by former Harris County GOP chair Jared Woodfill (right), who served as the spokesman for the campaign to defeat Houston’s Equal Rights Ordinance. Woodfill, who plans to run for state GOP chair next year, was responding to the Dallas City Council’s decision, one week after voters defeated HERO, to strengthen the city’s transgender protections.

The proposal, which was shot down in a nearly unanimous vote, was inspired by opposition to Dallas’ updated non-discrimination ordinance. Leading the charge to relocate the convention was Jared Woodfill, a key figure in the successful effort to repeal a similar law in Houston and a potential challenger to Texas GOP Chairman Tom Mechler.

Scott Braddock of The Quorum Report tweeted from today’s meeting:

Following defeat of secession language, Chairman candidate Jared Woodfill was saying “they killed everything I care about” #txlege

True to form, sesessionists who were in the room pick up their marbles and go home after rejection by @texasgop #txlege