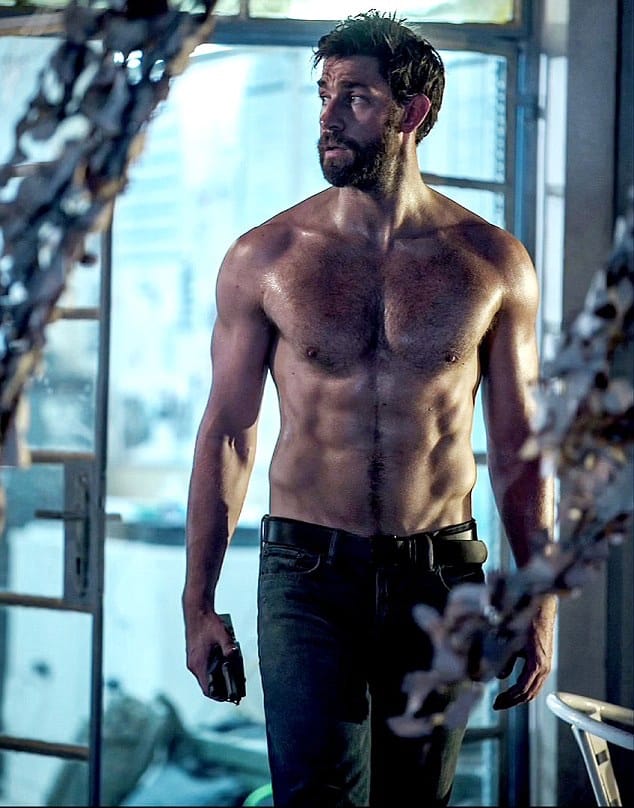 John Krasinski worked out for his new role in 13 Hours, the Michael Bay film about Benghazi. The results are pretty clear in this new still released from the film. Krasinski is also the new Men’s Health cover boy.

He said he threw out his scale while training:

“To be fair, I had bought my scale years and years ago. So I actually threw it out. Because I didn’t want to be tempted. It was an old scale. Don’t worry, I don’t think it even worked. At least I felt better when I said it didn’t work…My trainer said get rid of your scale… No one is a harsher critic than you. So when you see you’re in shape in the mirror, you’ll know. And it was totally true…The number is really frustrating. You’ll start a week and then end it weighing more than you did before. Even though you are training really hard. That is muscle weight and water weight…And my trainer was absolutely right. I got out of the shower one day and said, ‘Who the hell is this handsome guy and why is he trying to rob us?…And why isn’t he wearing clothes?'”

He told Jimmy Kimmel about his workout regimen back in December and it doesn’t sound fun:

Previous Post: « Transgender Women Stoned in the Street by Group of Teens Who Intended to Kill Them
Next Post: Gay Iconography: Five Great Vanessa Williams Moments »