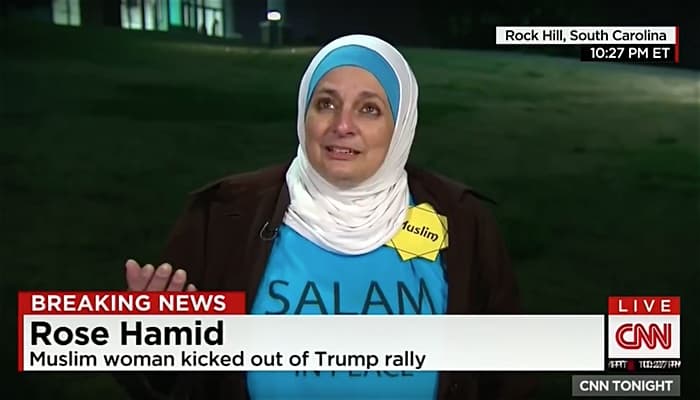 Rose Hamid, a Muslim woman who went to a Donald Trump rally in South Carolina to show his supporters what a Muslim woman looks like and was kicked out amid insults and threats, spoke with Don Lemon on Saturday. Hamid wore a “SALAM I Come in Peace” T-shirt and a yellow star reminiscent of those used during the Holocaust.

Asked Lemon: “Some people would say, why would you even go and put yourself in that position Rose, to be around those people?”

“Because I don’t want to think of them as those people. I think that’s what the problem is. Is that we look at people and we categorize them as those people who are bad people and these people are the good people. And I believe that people in all camps are decent people when you get to know them. As was evident by the people who were around me who were very lovely people. But it’s when you get that hateful rhetoric going is what incites people.”