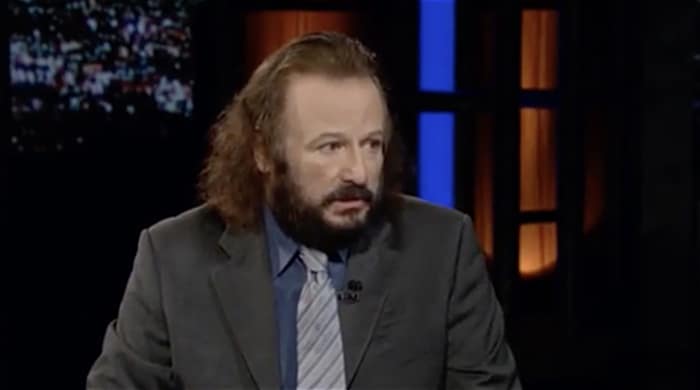 Bill Maher spent a 10-minute segment of his show on Friday night speaking with Samir Chachoua, an Australian ‘doctor’ who treated Charlie Sheen’s HIV with an alternative therapy derived from a virus that is found within goats and injected himself with Sheen’s blood during his treatment to show how effective it was. Except that it wasn’t

While he didn’t get into the exact science, what he’s offering is a cure not a therapy, which means that after Chachoua’s services, Sheen should be HIV free. Sheen is not HIV negative, which means that Bill Maher should not be taking this quack seriously, much less giving him ten minutes of airtime to spout his nonsense, which is full of evident contradictions. Chachoua, for example, claimed to Dr. Oz that Sheen was “the first adult in history to go HIV negative.”

Also not mentioned in the segment is the fact that Sheen went back on his meds in January when it was clear the goat milk quack therapy wasn’t working.

People are rightfully pissed about the segment, which offered no challenges to Chachoua’s quackery and gave credence to a practice that could harm or kill people if they followed it.

Peter Staley, an AIDS and gay rights activist whose foundational work with ACT-UP and its spin-off the Treatment Action Group was profiled in the Oscar-nominated 2012 How to Survive a Plague, posted a Facebook message saying, “This is the last thing AIDS activists need to be dealing with right now. But we’ll have to, because I know for sure that some folks will end up dead because of all this. This is a form of AIDS denialism, and it just had its big HBO premiere.”

Chachoua made headlines when Sheen sought the alternative treatment in Mexico shortly after making his HIV status public. In a controversial episode of The Dr. Oz Show, Sheen said that he’d abandoned his HIV medications in favor of Chachoua’s “Induced Remission Therapy” treatments, while Chachoua stirred more uproar by claiming he had injected himself with Sheen’s blood to prove the effectiveness of his treatment.

Maher, impressed with the transfusion stunt, said, “Dr. Oz said that is very inappropriate. What I thought was that’s confidence.”