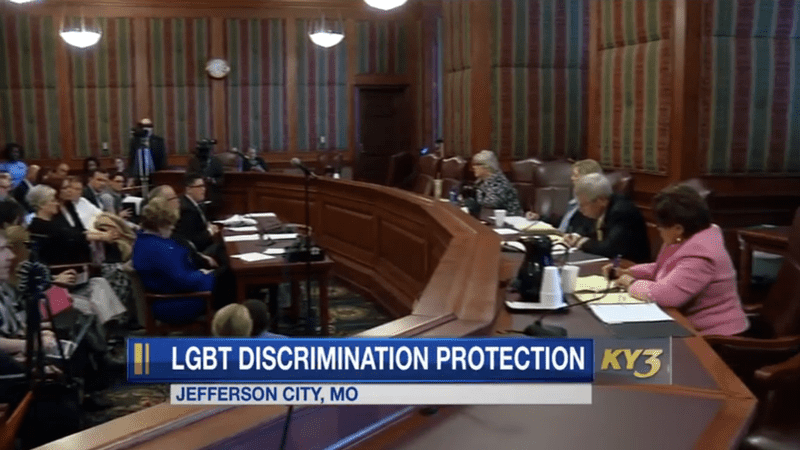 A Missouri Senate panel heard testimony last week from LGBT rights activists who are asking lawmakers to pass a statewide non-discrimination bill that would make discrimination on the basis of sexual orientation or gender identity illegal.

This is the 14th year in a row advocates have campaigned for the Missouri Non-Discrimination Act (MONA). Despite testimony from individuals who have been fired for being gay and other impassioned activists, at least one Republican lawmaker says the bill’s chances of succeeding are slim. 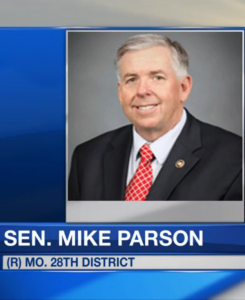 Senator Mike Parson of Bolivar tells KY3 he and other republicans in the senate intend to block the bill.

“I do not think that bill will become law this year, and I think there will be a lot of opposition when the bill comes to the floor of the senate,” says Parson.

Race, color, religion, national origin, se, ancestry, age, disability, and familial status are already protected from discrimination in issues of housing, lending, employment, and public accommodations; but Parson believes adding sexual orientation and gender identity to that list would impose upon the rights of Christians.

“It’s a tough issue when it comes to other people’s beliefs. You gotta make sure everybody is treated the same, just not one segment or one group that’s concerned about their rights, you violate other people’s rights,” Parson says.

The bill would preserve current law which already bans preferential treatment to any individual or group in these categories. It also has exemptions for private clubs and religious organizations.

You can watch the entire hearing on MONA in the senate Progress and Development Committee, below:

You can also watch a news report from KY3 here.