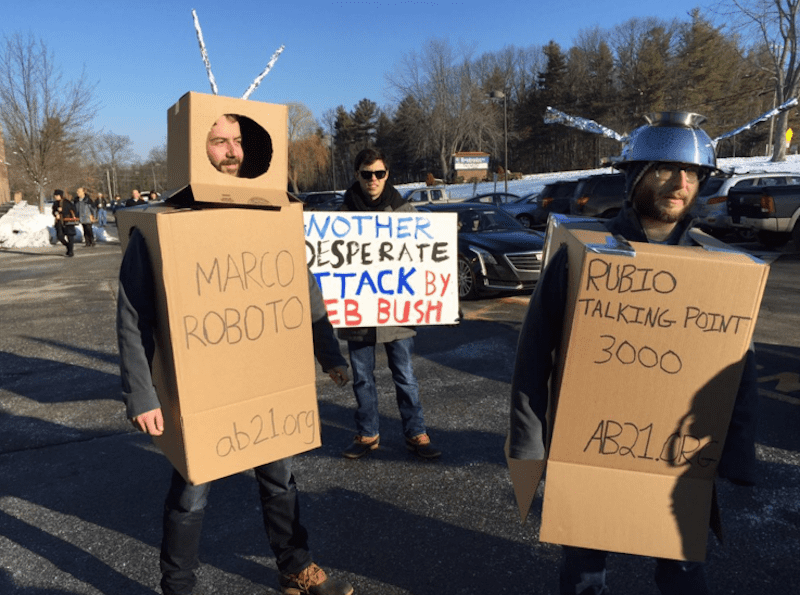 Wearing cardboard costumes that read “Marco Roboto” and “Rubio Talking Point 3,000”, the campaigners mocked the Florida senator for his robotic performance in the latest GOP debate in which he repeated almost verbatim the same line about President Obama 4 times.

During a miserable showing at Saturday night’s Republican presidential debate, the Senator from Florida, perhaps flummoxed by the bright lights and theaggressive wheezing of Chris Christie, short-circuited, repeating the same talking points over and over. […]

The bots were reportedly sent by the liberal organization American Bridge, and showed up at a town hall to mock him. Interestingly, Rubio supporters, rumored to have been sent by the Rubio campaign itself, showed up with signs blaming Jeb Bush for the robots.

Watch Rubio’s robotic performance from the debate, and check out some photos of the robots, below.