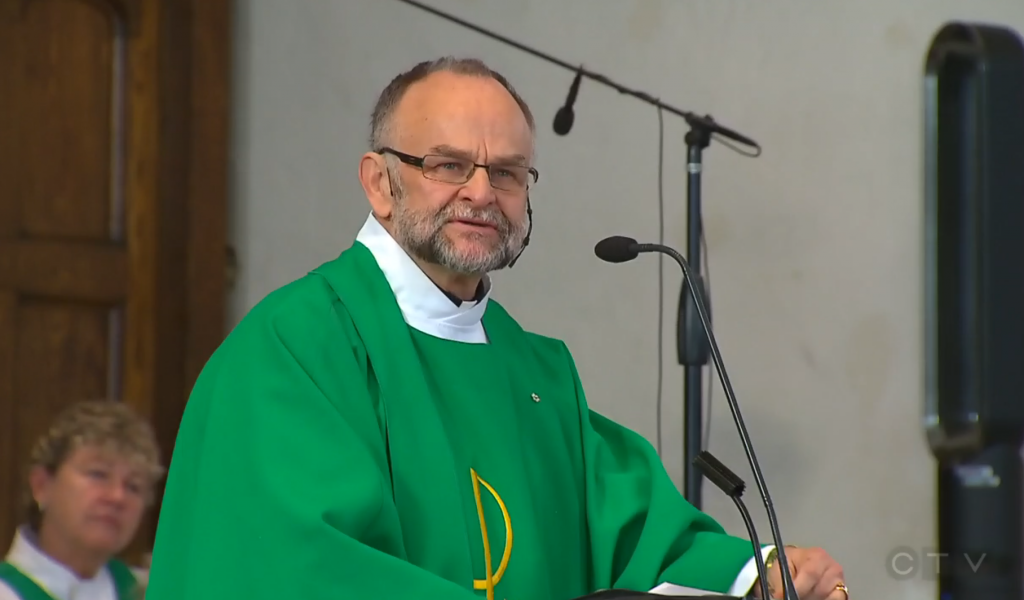 A prominent Canadian gay-rights activist is proclaiming his innocence after being charged in connection with an incident more than 40 years ago, in which he allegedly had illegal sexual contact with a minor.

Brent Hawkes, 65, senior pastor of the Metropolitan Community Church of Toronto, was charged last month with indecent assault on a male and gross indecency. Authorities have released few details about the alleged crimes, which are said to have occurred between Aug. 1, 1974 and Dec. 31, 1975, when Hawkes worked as a teacher in Nova Scotia.

“The subject matter of them is sexual contact with the boy and during the time when Mr. Hawkes would’ve been an adult and the complainant would have been a minor,” prosecutor Bob Morrison told CTV News.

Speaking publicly about the charges for the first time during an emotional service on Sunday, Hawkes asked his congregation to pray for everyone involved.

“For 38 years, I have fought with all that I have for equality for our community. I have fought to give voice to those who have no voice,” Hawkes said. “Now, I will fight these allegations with all that I have. … I have faith that will sustain me, as well as faith in Canada’s justice system. I really wish I could say more, but everything I have to say will now be said in court.”

Hawkes performed Canada’s first same-sex marriages in 2001, four years before it was legal, wearing a bullet-proof vest during the ceremony, The Toronto Star reports. He’s led the MCC of Toronto since 1977 and has a long history of activism, including a hunger strike to protest police raids of gay bathhouses in 1981. In a milestone for the LGBT community, Hawkes officiated the state funeral of former National Democratic Party leader Jack Layton in 2011.

Daily Xtra reports that the charge of gross indecency, which is no longer on the books, historically was used almost exclusively to prosecute gay men.

Hawkes’ next court date is in April.

Watch footage from Sunday’s service below.

Previous Post: « Pietro Boselli Just Launched His YouTube Channel, And It’s Already Adorable – WATCH
Next Post: Gay Man Confronts Marco Rubio: ‘Why Do You Want to Put Me Back in the Closet?’ – VIDEO »