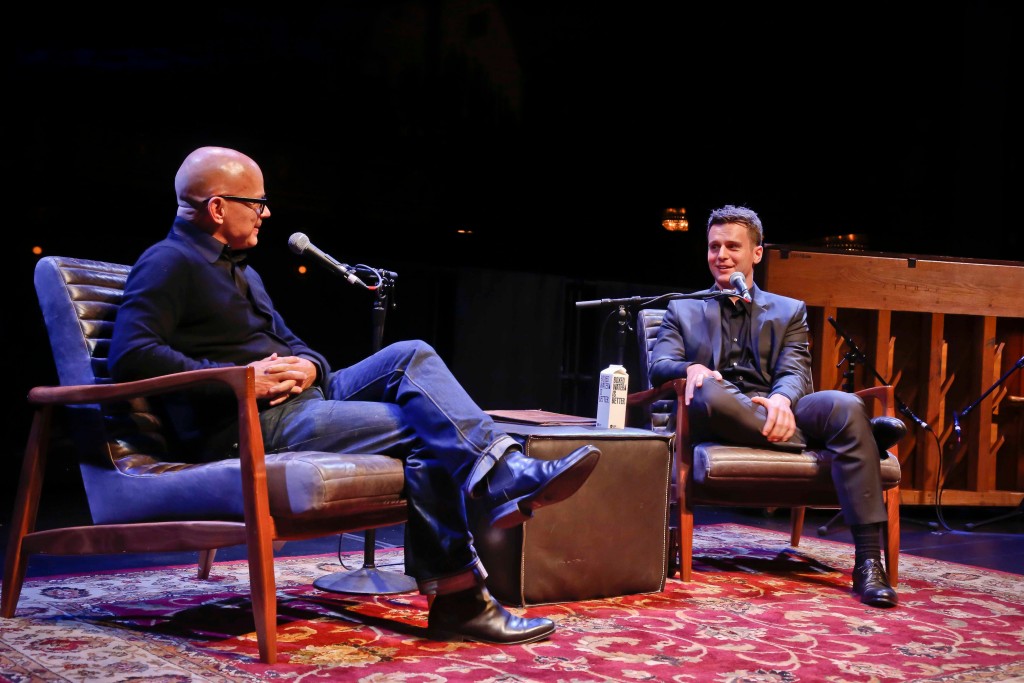 Jonathan Groff spoke with Kevin Sessums in November about filming the finale of his HBO series Looking, telling Sessums that the farewell chapter of the show contains “the most intense sex scene” he’s ever done. Sessums is Editor at Large at the Curran Theatre, and the talk was part of its “Groundbreakers with Kevin Sessums” series.

Speaking about reactions to the sex scenes in already televised episode of Looking, Groff said, “One of the cool things about ‘Looking’ is that after the first season, a lot of people – shockingly, liberal, open artists in New York and L.A. – said they didn’t know that gay people could have sex while facing each other. The show illuminated intimacy in sex [between men] without being porny or salacious. Those scenes felt very real and true to life. I was excited to do them.”

When Sessums asked Groff if he ever says no to a sex scene, Groff chuckled and bust out the chorus of “I Cain’t Say No” from Oklahoma before saying that, yes, he does say no to some things.

Groff also spoke about his experience coming out: ”When I came out, I had come to terms with it, but I wasn’t thrilled. If I could snap my fingers or meet some girl who made me feel I wasn’t gay, that would be awesome. I didn’t feel proud. I told my mom: ‘I’m gay, but I’m not gonna lead a parade.’ And then last year, I was asked to be one of the grand marshals of the Gay Pride parade in New York. I said, okay, sure. But when I got to the parade, I was so moved and blown away by the importance and the power of expressing yourself, by all the joyfulness and celebration. I’m really proud to be gay.”

And check out videos of Groff talking Hamilton, Beyoncé, Sutton Foster and singing “I Got Lost In His Arms” (from Annie Get Your Gun) and “I’d Rather Be Sailing” (from A New Brain), below.