GOP DEBATE: Rubio steps up against Trump: “The Florida senator was quick on his feet, a dramatic reversal from his wooden debate debacle earlier this month, as he tried to convince voters that the GOP frontrunner can’t be trusted to pursue conservative policies — not on Israel, not on judges, not on religious liberty, not on health care, and not even on his signature issue, immigration.”

2016 ELECTION: Conservative leaders consider bolting from Ted Cruz: “The upshot: If Cruz is not successful on Super Tuesday — by carrying his native Texas at the least — some of his prominent backers are prepared to defect to Rubio. The call was held by members of The GROUP, a secretive cabal of prominent conservatives led by the Family Research Council’s Tony Perkins and the Senate Conservatives Fund’s Ken Cuccinelli. The outfit has endeavored since late 2014 to coalesce “the movement” of grassroots activists nationwide behind a single GOP candidate, hoping to prevent a splintering of the conservative vote that would allow a more moderate Republican to clinch the nomination.”

BATSH*T CRAZY: Lindsey Graham roasts his Republican colleagues: “If you kill Ted Cruz on the floor of the Senate, and the trial was in the Senate, nobody could convict you.”

STAGERUSH: A woman rushed the stage at a Bernie Sanders event in Chicago: “Sanders put up his hand to signal for the woman to stop, and a Secret Service agent ran on stage to shield the Vermont senator. The woman was later escorted out of the venue. The Sanders campaign, Secret Service and local police have not issued any statements on the incident.” 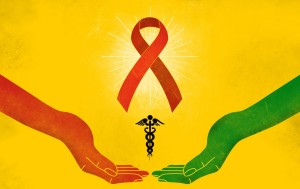 HEALTH: Cracking the riddle of black men and HIV: “Anyone who was following the HIV epidemic in 2001 found the news shocking: The US Centers for Disease Control and Prevention (CDC) reported that, in a massive study of young gay men in the United States, a whopping 32 percent of those who were black had HIV. This rate was on a par with those in sub-Saharan Africa, and more than four times higher than the rate among gay men overall. Most researchers were dumbfounded: Why, after some 15 years of widespread campaigns in gay communities urging condom use, was the HIV rate among black men so staggeringly high—and still rising? Public health has been trying to answer these questions ever since. Even as the epidemic has slowed dramatically in other populations, new infections among black gay men spiked 22 percent between 2005 and 2014. Among black men under 24 years old, infections shot up 87 percent. Why?”

IRAN: Voters go to polls in high stakes election: “Millions of Iranians voted in high-stake elections on Friday that could shift the balance of power within the hardline-controlled Islamic elite by ushering in a reformist comeback or help conservatives tighten their grip on power. The contest is seen by some analysts as a make-or-break moment that could shape the future for the next generation, in a country where nearly 60 per cent of the 80 million population is under 30.” 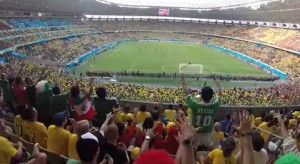 FIFA: The world’s governing soccer body is electing a new president today to replace Sepp Blatter: “What’s really being voted on Friday is the future of world sports’ richest and most powerful body. Because if more than a quarter of FIFA’s members turn their backs on even the modest reforms that have been proposed, there may be no way forward for an organization already reeling from multiple U.S. criminal investigations in which 41 people, including top FIFA officials, have been charged with corruption, fraud and other crimes.”

BIZARRE CONSPIRACY THEORY: Katy Perry is really Jonbenet Ramsey: “Several conspiracy theorists on the Internet are 100 percent certain that Katy Perry is actually late pageant princess JonBenet Ramsey — and they’re hell bent on convincing the rest of society too. In a recently resurfaced YouTube video from December 2014, the faceless voice of Dave Johnson proclaims that the bizarre 1996 Ramsey murder case was all a hoax that Perry 31, has kept under wraps in her rise to fame.”

WORLD RECORD ATTEMPT: Longest selfie stick. “Here is my first ever Guinness World Record attempt in honour of London Fashion Week as I set out to break Ben Stiller’s recent record for the world’s longest selfie stick with a massive 8.56m at the Zoolander 2 premiere. Will it end in DIY disaster or a wealthy selfie?”

NOT ADVISABLE: Idiot gets what’s coming to him after going the wrong way on an escalator:

MUSIC VIDEO OF THE DAY: Fusilier’s “The Moment”.

FRIDAY FLESH: Tom Daley and a six-pack on the beach in Rio.

Previous Post: « A Dozen Random Things We Love About Paris Right Now: Gay Travel
Next Post: What Is The Answer To Hollywood’s Homophobia Problem? »