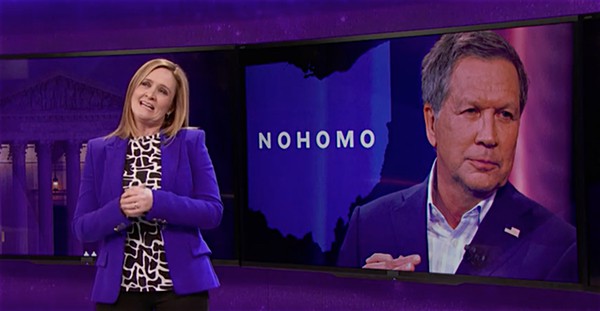 In Full Frontal on Monday, Samantha Bee considered “the nauseating bus terminal restroom that is the Republican primary” yesterday and took aim at John Kasich, who “initially seems like the least disgusting stall.”

Bee then takes apart Kasich’s record on reproductive rights, his habit of hiding abortion restrictions in budget bills, his gag orders against rape counselors, and his opinion on Roe v Wade, that it “sort of” legalized abortion.

RELATED: John Kasich on Gay Marriage: ‘We’re Not Going to Allow Discrimination On This’

“GOP, take a closer look at John Kasich. Because while these other chumps make empty promises to do awful stuff, the so-called moderate gets awful stuff done.”