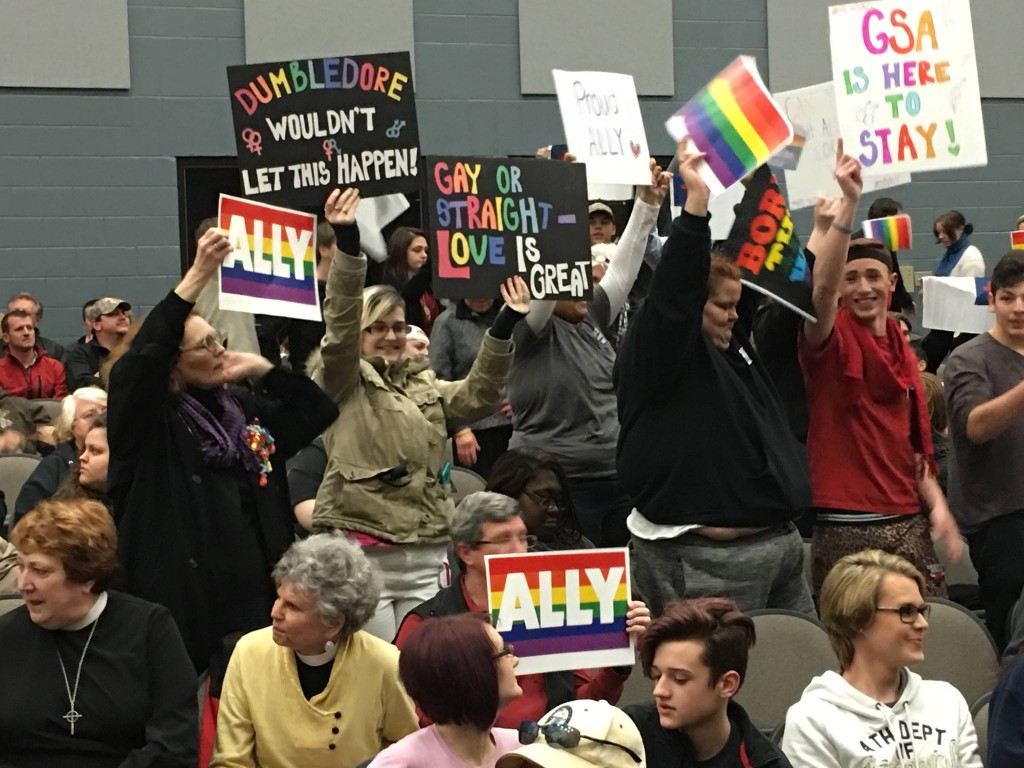 It was a packed house at the school board meeting in Franklin County, Tennessee on Monday night.

In the end, the school board didn’t take any action regarding the GSA — a wise move, since officials are required to allow it under the Federal Equal Access Act, unless they choose to get rid of all non-curricular clubs. 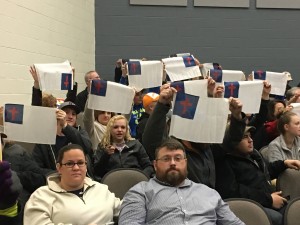 One parent, identified by CBS News as Robert Widelick, told the board the GSA is a “recruitment strategy” by gay activists that “carefully avoids addressing the health isssues involved” with homosexuality, according to video from the meeting.

But Widelick’s anti-gay rant was countered brilliantly by a straight ninth-grader and GSA member who spoke next.

“For those of you saying this is a gay club, it’s not. I’m heterosexual. It’s called the Gay Straight Alliance. Go figure,” the freshman GSA member said, adding that the club isn’t sexually based and has almost 50 student and faculty supporters. “We have it to end the demeaning of the LGBT community. My point is, this community needs this group, and not just the school. You can’t tear the club down unless you get rid of all non-curricular clubs. You can tear our signs down, and you can tear the tears out of our eyes … but so far we have the legal right to keep meeting.”

Although the school board didn’t take action against the GSA, members did discuss proposed new rules affecting all student clubs, some of which appeared to be a direct response to the controversy.

For example, the rules would prohibit students clubs from “soliciting” new members, and board members expressed a desire to require the GSA and other organizations to keep minutes of their meetings, including the names of those who attended. The board did not vote on the proposed rules but will discuss it again next month.

Watch video from the meeting, and check out more photos from a Facebook page for supporters of the GSA, below. 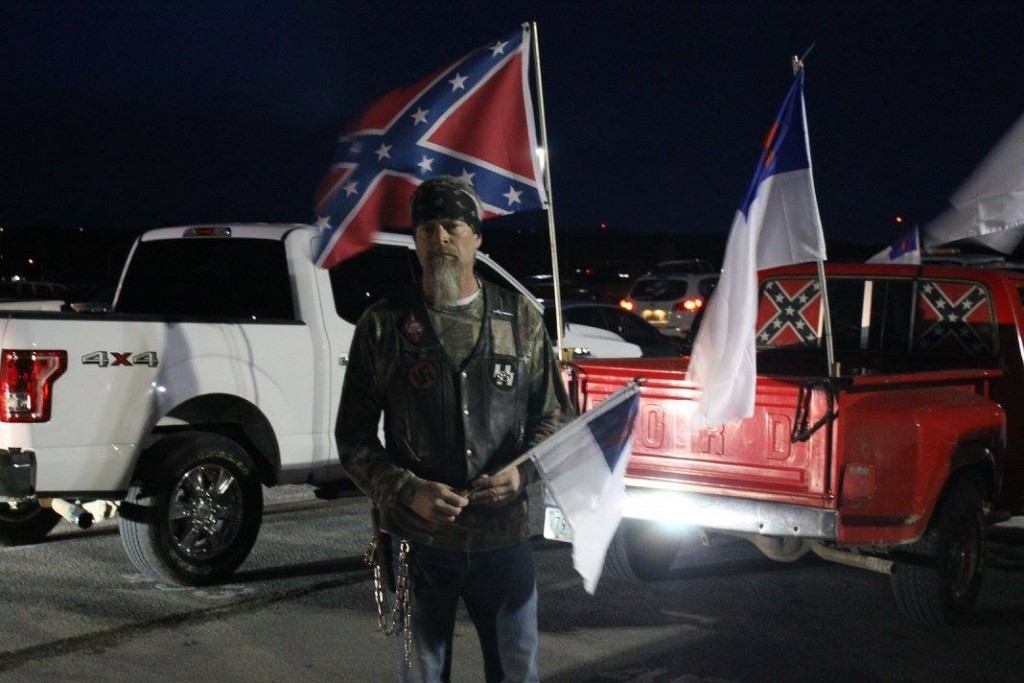 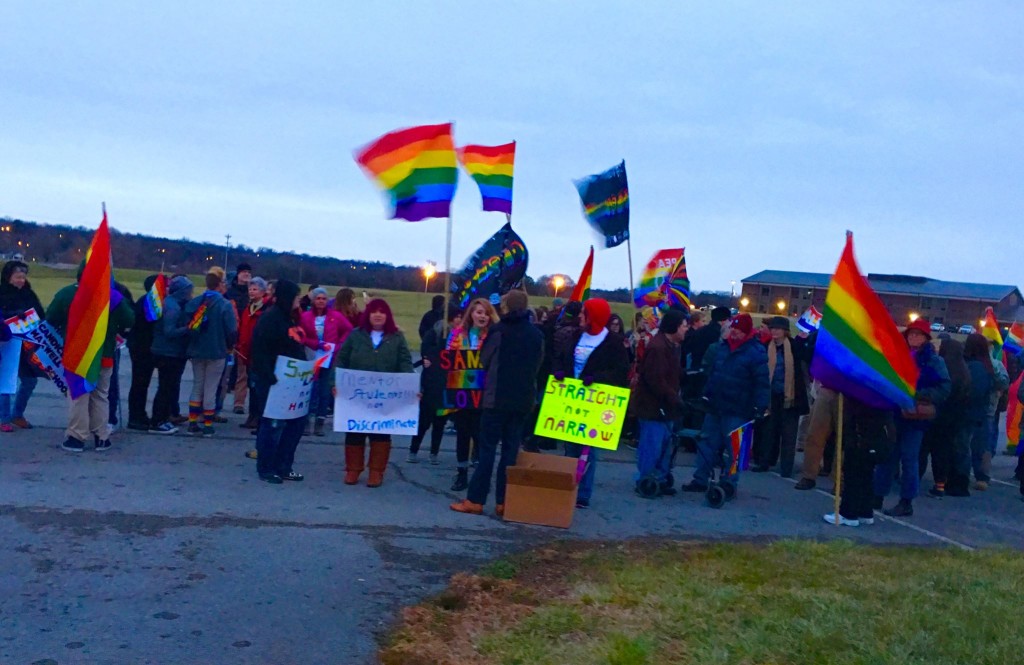 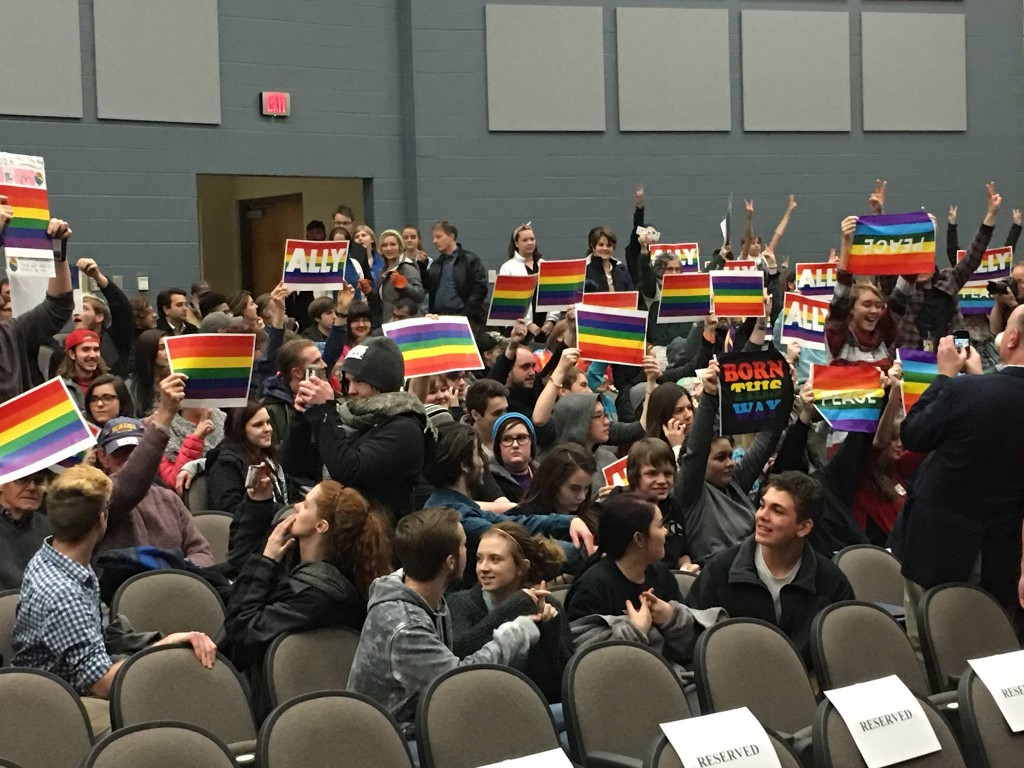