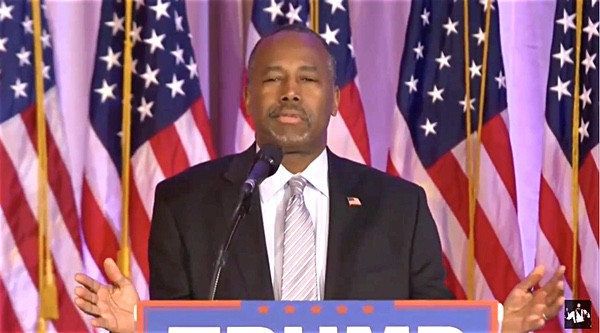 At a news conference at a Trump-owned luxury club in Florida, Carson called his former rival both “Donald” and “Mr. Trump” and described him as a thoughtful and “cerebral” figure — an image at odds with Trump’s often combative and bluster-filled appearances on the campaign trail.

Carson, however, acknowledged that the country is greatly divided and “hating each other” — rifts that have been amplified by the current presidential race.

Trump said Carson will a “big, big part” in the campaign, but gave no specifics on possible roles.