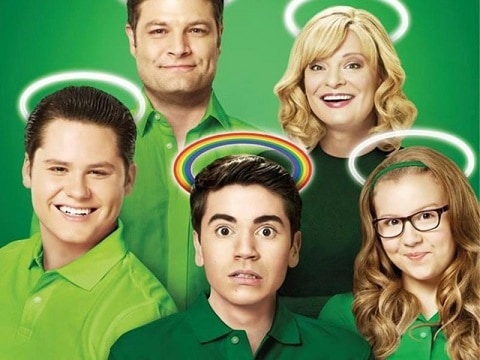 Anti-gay activist organization One Million Moms has taken exception to ABC’s new sitcom The Real O’Neals because it “ridicules Jesus and Christianity.”

Very loosely inspired by Dan Savage’s own upbringing (he’s an executive producer on the show), the show follows the O’Neal family as they shed their seemingly perfect Irish Catholic image.

However, the American Family Association offshoot is less than happy at the “depravity” of a show that “ridicules people of faith, and Christians across America are offended by it.” 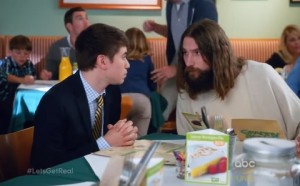 The ‘Christian’ mom organization, the subset of a designated hate group, points to the following scenes as evidence in their call to action:

Jesus appears where only the gay son can see and talk to Him, and He is annoyed by the mom’s strict guidelines for her family [Jesus can only talk to heterosexuals and their families].

The daughter steals money she is supposedly raising for charity.

The daughter “attempts to prove” that there is no God in a science fair project.

ABC network refers to this highly dysfunctional family as “the perfect Irish-Catholic family.”

A statue of Mary is kept above the O’Neal’s toilet to remind the boys to put the seat down.

The first jab at Jesus comes only 52 seconds into the first episode [52 seconds!]

The mother encourages her 16-year-old gay son to “try s-x” with a girl. (A dash ‘-‘ is used to bypass internet filters.)

The mom makes pancakes shaped like the face of Jesus to guilt trip her anorexic son into eating.

One of the show’s producers is anti-Christian bigot Dan Savage, and the show is said to be loosely based on his life.

OMM would like their followers to boycott Coca-Cola brand Simply Orange, “the major advertiser who paid corporate dollars to promote its products in association with the program” in order to let the company know “that its advertising dollars are supporting bigotry and animosity toward people of faith and that financial support should be pulled immediately.”

Watch the promo for next Tuesday’s The Real O’Neals as well as the trailer, below.