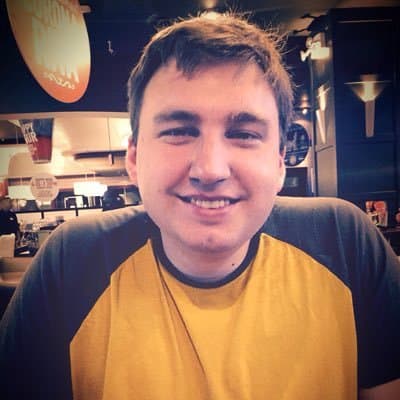 Christopher Hine, a sportswriter for the Chicago Tribune, has come out publicly as gay in a column reacting to the Atlanta Falcons’ treatment of prospect Eli Apple at the recent NFL Combine.

As you may recall, Apple was asked by a Falcons recruiter if he is gay. Said Apple:

“I’ve been asked a lot of weird questions. I don’t know if I could say on TV. The Falcons coach, one of the coaches, was like, ‘So do you like men?’ It was like the first thing he asked me. It was weird. I was just like, ‘no.’ He was like, ‘if you’re going to come to Atlanta, sometimes that’s how it is around here, you’re going to have to get used to it.’ I guess he was joking but they just ask most of these questions to see how you’re going to react.”

If you read between the lines, Manuel is essentially saying, “Hey, if we pick you, you’re going to live in Atlanta and you might be out somewhere and get hit on by a gay guy. You’re OK with that, right? But you’re also not going to go home with him, right?”

Whatever the assistant’s intention, it’s a remarkably awkward and obtuse way to begin a conversation.

…It’s also a dangerous line of thinking. It is clear the assistant thinks being gay is a negative thing, something he must guard against, and that associating with gay men is a fact of life in Atlanta, but it is something the assistant is telling players they must deal with, like it’s a burden.

It is this kind of thinking that can lead to discrimination and even hate crimes against LGBTQ athletes.

A column with a bit of a personal touch … NFL still in closet about anti-gay culture https://t.co/pDeTE5RXJR

As a 29-year-old gay man, I spent the better part of two decades agonizing over that question and finally, when I was 20, came to accept that the answer was “Yes.” It took another two years before I could tell my family, another year after that before I mustered up the courage to tell my closest friends and, well, six years after that to finally write about it in the Chicago Tribune.

I spent years and a lot of sleepless nights before admitting to myself and others that I was gay. It was not an easy process.

Hine concludes by lamenting the distance the NFL still has to go to combat homophobia:

I do know people’s attitude toward gay rights and accepting gay people in their lives increases when they get to know someone who’s gay. So promoting an atmosphere in which one player is comfortable enough to stand up and come out can have positive reverberations throughout the league when others see there is nothing to fear or nothing negative about having a gay teammate.