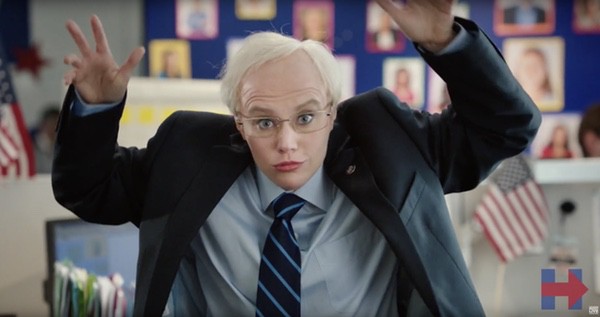 Over the weekend we posted a few clips from Saturday Night Live, including the opening sketch in which Ben Carson endorses Donald Trump but then gets assaulted by a bunch of Trump’s supporters, Larry David’s return as Bernie Sanders (same sketch), and Ariana Grande’s attempt to save the TIDAL music streaming service with her musical impressions.

But this Hillary Clinton campaign ad was also quite amusing, and featured Kate McKinnon pandering to millennials to the extent that she actually becomes Bernie Sanders.