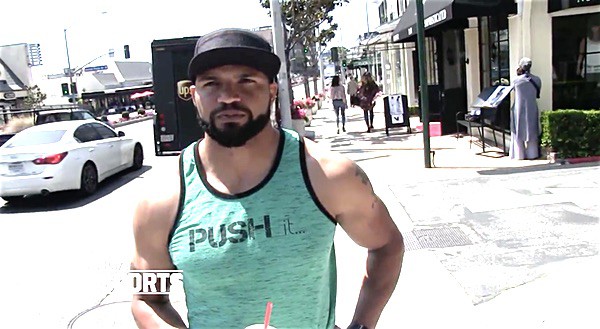 TMZ caught up with Super Bowl champion  and LGBT ally and activist Brendon Ayanbadejo to ask him about the ugly anti-LGBT laws going down in North Carolina and elsewhere.

“I think it’s a big step backwards for our country. You see people are refusing to perform in those states. We’ve done so much work to go forward and then to go backwards as Americans it says something – that in certain states they don’t want to treat people equally.”

Asked if athletes should do more, Ayanbadejo replies:

“I think they should I think they could. Will they do it? They probably won’t…I like it when an athlete or an artist takes it into their own hands and releases comments and say things that directly oppose bigotry and treating people unfairly.”

And asked if we’ll ever see a gay NFL superstar, Ayanbadejo is sure of it: