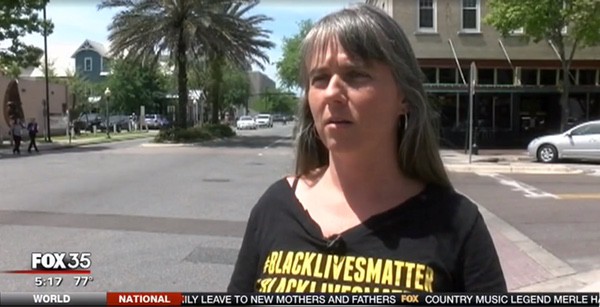 Cara Jennings, the woman who became a YouTube hero yesterday after video of her shaming Florida Governor Rick Scott in a Gainesville Starbucks went viral, spoke out about it with Gainesville’s local affiliate.

RELATED: FL Gov. Rick Scott Gets Run Out of Starbucks by Woman Calling Him an A**hole: WATCH

While there are many things to get pissed at Scott about, Jennings’ frustration was over his opposition to Medicaid expansion and women’s health issues

Said Jennings: “In the moment, I was feeling the anger, the upsetment, the frustration that women across this state feel with the passage of this horrible bill. I yelled at the governor, because his bill is impacting my life, and the lives of other women in the state.”

Scott’s take on the video:

A spokeswoman for Gov. Scott sent a statement to FOX 35, which read, “A self-proclaimed anarchist rudely yelled and cursed at the Governor. It’s a free country, but its [sic] not at all surprising that an anarchist doesn’t like government leaders and prefers shouting over conversation.”

A much longer interview with Jennings is posted at The Daily Dot.