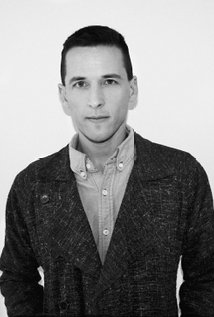 King Cobra director Justin Kelly (right) revealed in a new interview that the movie, which centers on the murder of gay adult film producer Bryan Kocis, doesn’t shy away from the sexual content behind the story.

Speaking with The Wrap, Kelly said,

“We wanted to make it as unapologetic as possible. I didn’t have a desire to shock — it’s a part of the story. Myself and the actors discussed from day one that you can’t shy away.”

According to Kelly, the actors were more than enthusiastic about tackling the explicit material in the script:

“A few times, the actors took things further than the script,” Kelly said.

He referenced an early scene in which Slater’s middle-aged character wants to sample the goods of his barely legal young star, played by Clayton. “Please, make me feel wanted,” he says as he half begs and half forces himself on the young man.

In the script, the encounter “was far more mild, just kissing on the couch,” Kelly said. “But they decided it had to go further. Christian takes him up against the closet. That is would have happened.”

Kelly also spoke about homophobia in Hollywood and what he sees as a double standard when it comes to nudity in gay film:

“It’s a complete fact that graphic gay male sex will get you an NC-17 rating,” Kelly said. “Straight men can [appear] completely naked and be choking a woman, and that’s PG-13. There are crazy rape scenes that get by, it’s mind-blowing.”

King Cobra will premiere this weekend at the Tribeca Film Festival.

Check out a new still of King Keegan Allen below. 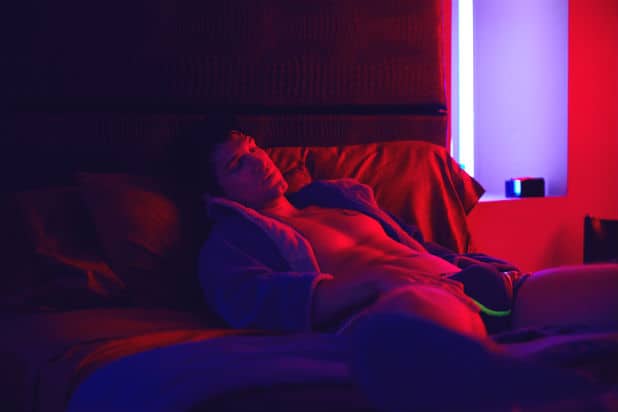 Previous Post: « Ted Cruz Argued That Sex Toys Should Be Illegal
Next Post: Bernie Sanders To Meet with AIDS Activists in May »