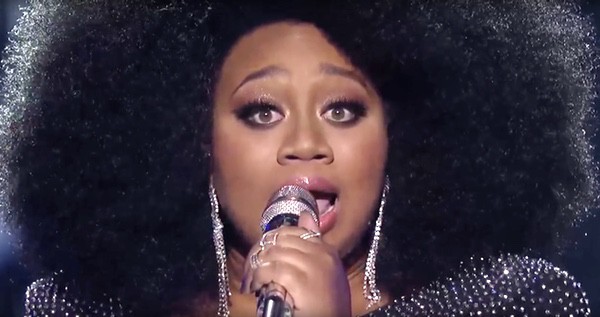 La’Porsha Renae, this year’s (and the final, ever) American Idol runner-up, doesn’t agree with the LGBT ‘lifestyle’, she told reporters in a press interview on Friday following the series finale.

“This is how I feel about the LGBT community: They are people just like us. They’re not animals as someone [Manny Pacquiao] stated before. They’re people with feelings. Although all of us may not agree with that particular lifestyle for religious reasons, whatever the reason is, you still treat each other with respect. Everybody is a human being. We should be able to coexist with one another.”

Renae went on, however, “I am one of the people who don’t really agree with that lifestyle. I wasn’t brought up that way. It wasn’t how I was raised.” Still, she added, “But I do have a lot of friends and a lot of people that I love dearly who are gay and homosexual and they’re such sweet, nice people. We should just respect each other’s differences and opinions and move on.”

In a Periscope Q&A she conducted last night, Renae was asked to respond to the interview, and asked about Perez Hilton blowing it up on his site.

“It’s okay. I can understand when I read it back why people were offended and for that I deeply apologize because I wasn’t trying to offend anyone by what I said, I was just trying to honestly answer a question that actually caught me off-guard. It was supposed to be about singing and it becomes political and I’m not a political person at all.”