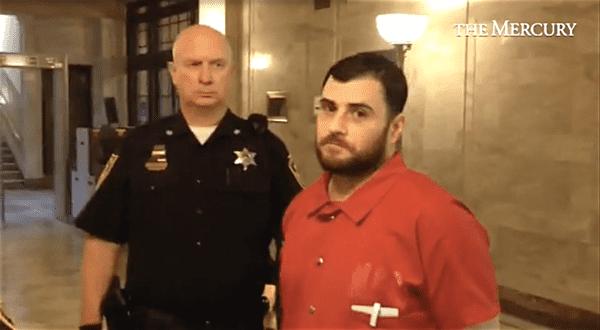 Gay adult film star Mike Dozer (aka Christopher Steele) has been sentenced to at least an additional 8 years in prison for having illicit sex with a 14-year-old boy and failing to disclose to the boy that he is HIV positive.

Dozer was previously sentenced to 17.5 years in prison by federal authorities for raping that boy, who reportedly had inappropriate contact with 6 other adult males. Dozer met the boy using gay geosocial app Jack’d.

Dozer’s second sentencing was the result of a state investigation into Dozer’s contact with the underage boy. His state sentence will run consecutively to his federal sentence. He could face up to an additional 16 years in state prison following his stint in the federal penitentiary system. 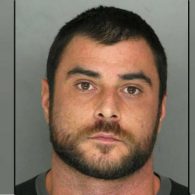 “I would suggest the display of unusual cruelty in this case is very significant and is outrageous, frankly,” Montgomery County Judge Thomas P. Rogers said Thursday as he considered the punishment for Christopher Steele, also known as adult entertainment performer Mike Dozer. “It was so reckless, so outrageous … that it goes beyond all bounds of human decency.”

Rogers sentenced Steele, 35, formerly of the 700 block of Kilgor Court, Newark, Del., to eight to 16 years in state prison on charges of involuntary deviate sexual intercourse with a child less than 16 and a misdemeanor charge of recklessly endangering another person in connection with his contact with a 14-year-old Limerick boy he met on the social networking cell phone app Jack’d between May and October 2013. […]

Dozer’s defense attorney argued against Dozer’s sentencing running consecutively to his federal sentencing. But the judge was unswayed.

“This was a set of poor decisions by Mr. Steele. As egregious as this conduct is I would not want to see Mr. Steele warehoused,” argued [defense lawyer George Griffith Jr.], adding Steele had no prior criminal record. […]

“My intent was not to put the family and victim through the stress,” said Steele, adding he was under medical treatment at the time and believed his risk of transmitting the disease was “zero.” “I did get a false sense of security with that. It was a poor decision on my behalf and a false sense of security I felt because I was on the medication. I’m not saying what I did was right. It was wrong.”

Steele added when he learned he was HIV positive, “it hit me like a ton of bricks.”

Steele implied one of his poor choices was getting involved in the adult entertainment industry.

“Once I took that turn, my life went downhill. That led to my demise,” Steele told the judge.

The judge said Steele’s comments were all about himself and supported presentence evaluations that characterized Steele as being narcissistic, having a sense of entitlement and a grandiose attitude.

The judge also deemed Dozer a “sexually violent predator” based on testimony from Dr. Jennifer Hahn, a member of the Pennsylvania Sexual Offender Assessment Board. Hahn classified Dozer as exhibiting anti-social and narcissistic personality disorders. She testified, “He seems to require that admiration and comes across as grandiose. He certainly shows the need to be the center of attention.” She added, “He uses his physical appearance to draw attention to himself.”

Being classified as a sexually violent predator will have significant ramifications for Dozer:

Those classified as predators face more stringent restrictions under state law, including mandatory counseling, community notification about their living arrangements once they are released from prison and a lifetime requirement to report their addresses to state police.

The boy in the case was ultimately found to be HIV negative despite his contact with Dozer. The boy’s parents were in court for the sentencing and appeared tearful at times, according to The Mercury News. The DA argued that Dozer caused the boy and his family “extreme stress” while they waited for his test results.

Watch video of Dozer leaving the court after his sentencing, below.