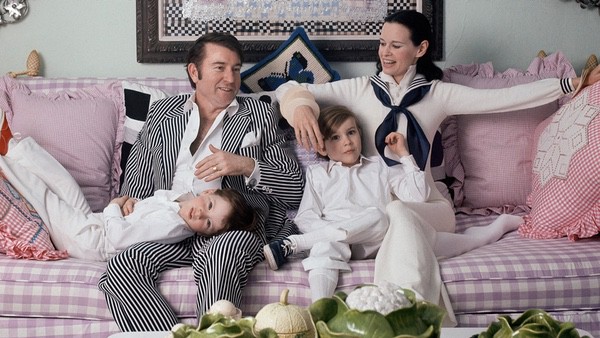 Nothing Left Unsaid, a documentary featuring Anderson Cooper and his mother Gloria Vanderbilt in a series of candid conversations about themselves, their family, and the relationship between mother and son, airs tonight at 9 on HBO.

The book coincides with the release of a book, The Rainbow Comes and Goes, on the same topic.

Cooper and Vanderbilt sat down with CBS Sunday Morning earlier this week to discuss their project.

Among the things discussed in the sit-down were Gloria Vanderbilt’s lesbian affair, and Anderson’s hesitation to tell his mother that he was gay.

“I came out in high school to my friends. Part of it in the back of my mind was that I head heard that my grandmother had been accused of being a lesbian and I ‘d known that as a child it had affected my mom. But I also knew deep down that my mom would be fine with it because she had gay friends who were always in our house growing up.”

Watch a separate interview with CBS This Morning which aired late this week:

Previous Post: « Florida Governor Rick Scott Made an Ad Attacking the Woman Who Heckled Him at Starbucks: WATCH
Next Post: This Thai Fish Walks Like a Mammal. That May Reveal Secrets About Our Evolution »