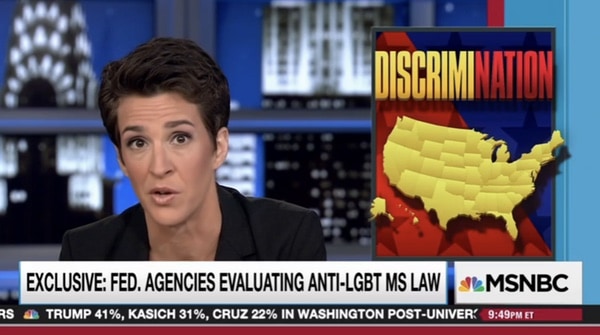 Rachel Maddow broke some news on her show last night. Last week we reported that several federal agencies might cut off billions in federal funding to North Carolina over its anti-LGBT law.

RELATED: Obama May Cut Off Federal Aid to North Carolina Over Anti-LGBT Law

Maddow reports that both the Department of Housing and Urban Development and the Department of Transportation are investigating the recently passed anti-LGBT ‘religious freedom’ law in Mississippi, and, if they find the state in violation of anti-discrimination laws, could cut it off from billions of dollars in aid.