A group of AIDS activists and organizations has sent a letter to Hillary Clinton as well as the other presidential candidates regarding AIDS/HIV strategy. 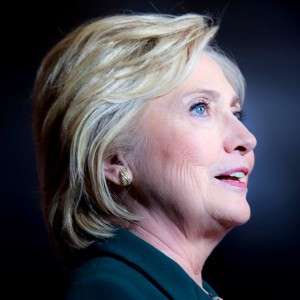 The Clinton letter asks that she appoint an HIV advisor for her campaign, meet with leaders of the groups to discuss a plan to end the AIDS epidemic, make an announcement that she commits to ending AIDS in the U.S. by 2025, and supports ending the global AIDS epidemic by increasing funding to PEPFAR by at least $2 billion per year.

Secretary Clinton’s mischaracterization of the Reagan Administration on Friday, March 11, sparked nationwide upset from HIV/AIDS advocates, service providers, people living with HIV, and loved ones of those lost to the epidemic. But it also has created an opportunity to bring HIV/AIDS to the forefront of the conversation during this campaign season….

“Secretary Clinton’s mischaracterization of the Reagan Administration was deeply hurtful, especially to those of us who advocated for our dying loved ones during that time. But now we have an opportunity to challenge all of the presidential candidates to publicly announce their commitments to end the AIDS epidemic in the U.S,” said longtime activist Peter Staley, co-founder of Treatment Action Group.

“Tremendous strides have been made since the 1980s. With today’s advancements in testing, treatment, and prevention, including PrEP, the once-a-day pill that has 99% effectiveness in keeping those most at risk for HIV transmission negative, we can effectively end the epidemic, even without a cure. This is a social justice issue. To end AIDS, we need to expand access to care for all people regardless of socioeconomic status or geography,” said Charles King, President and CEO of Housing Works, one of the largest community-based AIDS service and advocacy organizations in the country.

Clinton’s political record reflects a commitment to HIV/AIDS, and most notably, she was first to publicly set the global goal of an “AIDS-free generation” during her remarks at the National Institutes of Health in 2011.

The letter was delivered to Clinton Campaign Headquarters on Tuesday, March 15, and the signers of the letter look forward to a response and productive dialogue. Similar letters are being delivered to all of the 2016 presidential candidates.

View the letter and signatories below:

Previous Post: « Federal Prosecutors Still Have Their Eyes on Aaron Schock
Next Post: Gay Twin Shares Emotional Story of How He and His Brother Came Out to Each Other and to Their Mom: WATCH »