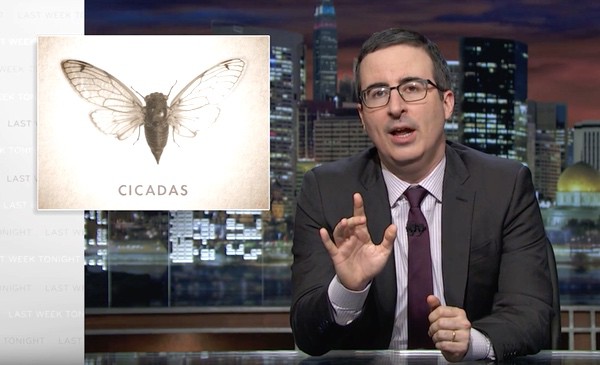 As you may have heard, the batch of 17-year cicadas that were born in 1999 are finally going to climb out of the earth this summer to rattle our senses and John Oliver posted a special web-only segment to catch the short-lived insects up on what they’ve missed while underground.

Previous Post: « Blogger Fired for Mocking Philly Gay Basher Kathryn Knott Sues Knott, Her Father, and the DA for $5 Million
Next Post: Dallas Man Bloodied in Front of His Own Home in Homophobic Attack: WATCH »