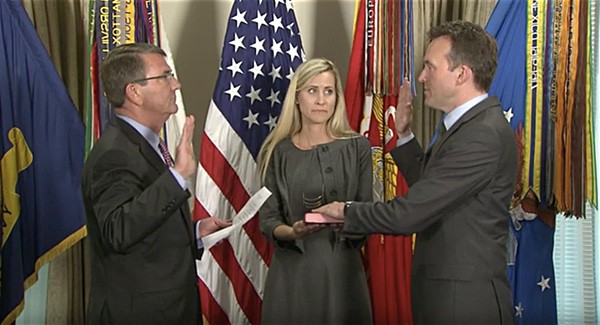 Eric Fanning was sworn in today as Secretary of the U.S. Army, the first openly gay man to hold the position.

Fanning’s confirmation yesterday followed months of stonewalling by Senate Republicans who had been making demands of President Obama regarding detainees at Guantanamo Bay.

“It has been a long process to get here, one that I don’t think even the writers from ‘House of Cards’ could have scripted if they tried,” Fanning said after the swearing in, calling his appointment “a tremendous honor.”

Defense Secretary Ashton Carter said Fanning “embodies the kind of strong and steady leadership and civilian commitment to our men and women in uniform that have made our military the finest fighting force the world has ever known.”