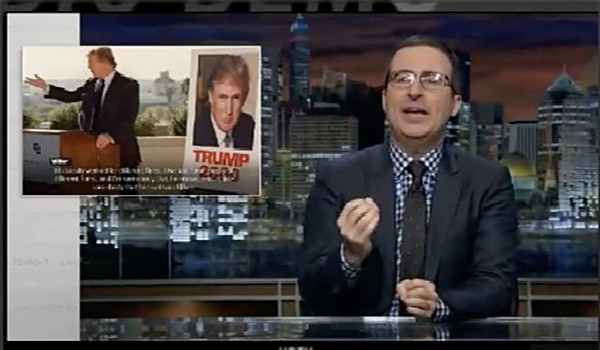 John Oliver took horror and delight in the revelation that presumptive GOP nominee Donald Trump posed as his own publicist, John Miller, to brag about himself to reporters way back when.

Exclaimed Oliver on Last Week Tonight: That is so perfectly Donald Trump. Even his imaginary alter ego brags about himself!”

RELATED: Donald Trump Pretended to Be His Own Spokesperson to Brag About Himself – AUDIO, VIDEO

Oliver made not of the fact that Miller boasted about all of the women who were after Trump, particularly Madonna:

Still, Oliver is flabbergasted that Trump had the balls to deny Miller is him after copping to it several years ago.

So Oliver has invited Miller to appear on the show. Don’t expect he’ll ever turn up.