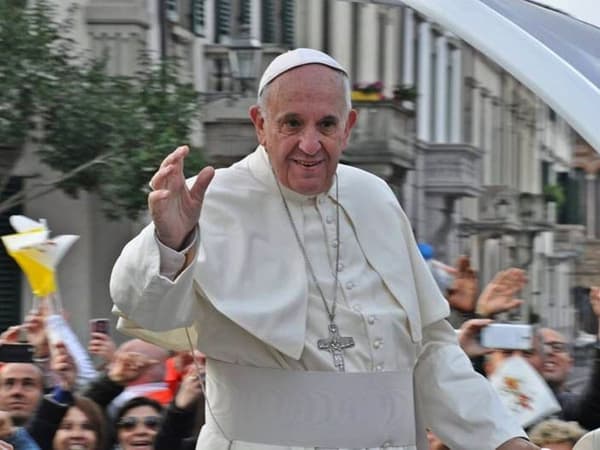 Pope Francis said this week that Catholic public officials should not be obliged to celebrate same-sex marriages or civil unions.

His comments come a week after Italy became the last country in Western Europe to provide for same-sex civil partnerships.

In an interview, Francis said:

“Once a law is approved, the state should be respectful of consciences. Conscientious objection must be possible on all legal jurisdictions, because it is a human right.”

RELATED: Cardinal: ‘Gay Lobby’ Exists at Vatican and Pope Francis is Trying to ‘Purify’ It

In 2013, on the issue of gay marriage Francis said “who am I to judge?” Last year, he agreed to meet five-times-married Kentucky clerk Kim Davis. Whileh the Vatican played down that meeting, anti-gay litigation group the Liberty Counsel made false claims that Francis had actively sought out a meeting with Davis and offered her unconditional support in her refusal to do her job.

A group of mostly right-wing lawmakers in Italy are in the process of forcing a referendum to overturn the new civil unions law. Their efforts are expected to be unsuccessful.