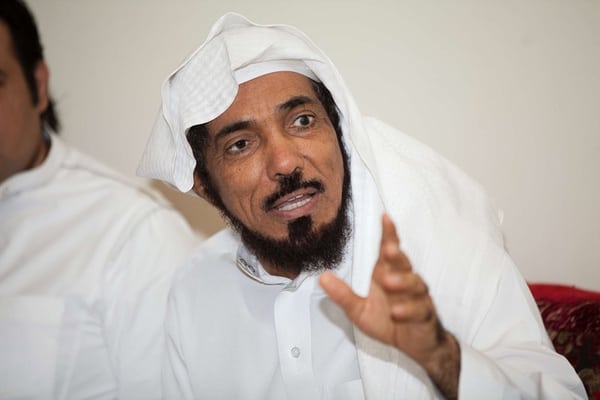 A leading Saudi cleric is making headlines in the Middle East for saying that homosexuals should not be punished with death as Sharia instructs, Middle East Eye reports.

“Sharia is a very broad and wide concept and it is a concept that has been kidnapped,” Dr Salman al-Ouda said in an interview with the Swedish newspaper Sydsvenskan, condemning the abuse of the concept of Islamic law by ISIS and al-Qaeda. Al-Ouda is a director of the Arabic edition of the website Islam Today as well as a religious spokesperson, writer and TV personality.

“Even though homosexuality is considered a sin in all the Semitic holy books, it does not require any punishment in this world,” Dr Salman al-Ouda said in an interview with the Swedish Sydsvenskan newspaper, adding that homosexuals would be punished “after death.”

“One of the fundamentals of Islam is man’s freedom to act as he wants,” he added. “But one must also take the consequences.” …

Reports emerged in March that government prosecutors are pushing for adherence to the death penalty for gays, particularly as it relates to online activity. Under Saudi law, homosexuality is illegal and punishable by imprisonment, fines, corporal punishment, flogging and death.

In mid-March, a doctor in Jiddah was arrested by the country’s religious police for flying a rainbow flag over his home. He said he did not know that the rainbow was a symbol of gay pride and was bailed after an investigation.

In July 2014, Saudi Arabia sentenced a man to three years in prison and 450 lashes for “the practise of homosexuality,” after attempting to arrange to meet another man using Twitter. That November, a court in Manama sentenced a gay man to three years in prison for engaging in “immoral acts.” The man, who was apprehended by the Commission for the Promotion of Virtue and the Prevention of Vice after using nude photos to find sex online, was also ordered to pay a fine of SR100,000 (around $26,000).

A hashtag (“I’m gay. You will not terrorize me”) has taken hold on Twitter  in recent months to show solidarity with the LGBT people of Saudi Arabia.