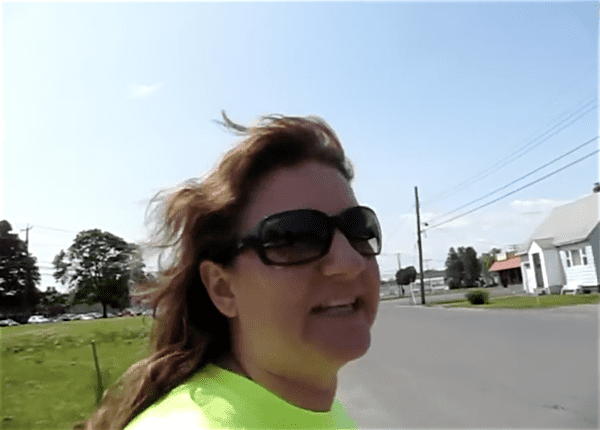 Transphobic Christian preacher Angela Cummings went on a rant outside of Scotia-Glenville High School in New York on Monday, decrying, among other things, President Obama’s guidance on transgender students and gay marriage.

“Next year, Obama is going to let you men, you young men, use the girls’ bathroom!” she hollered. “It’s time for you to start homeschooling! Just yesterday a girl had sex in a bathroom in a high school bathroom with 28…”

At this point she was interrupted by the school’s vice principal, who angrily asked her to stop yelling about sex in high school bathrooms. Once again, she refused to oblige.

“There is sex in the bathroom in high schools!” she shouted.

Said Cummings, “Next year, Obama is going to let you men, you young men, use the girls’ bathroom,” she told passersby. “It’s time for you to start homeschooling!”

Local police officers were called to the scene and forced Cummings to leave public property for disturbing the peace.

The video has been viewed more than 63,000 times as of this posting. It was uploaded on May 23.