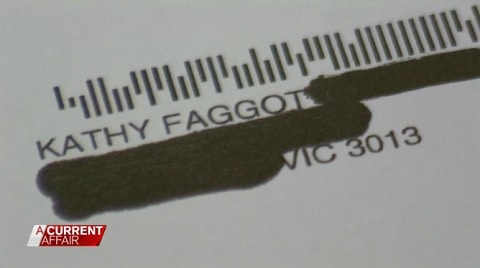 An Australian couple have described their shock after they received a telephone bill that included a gay slur. 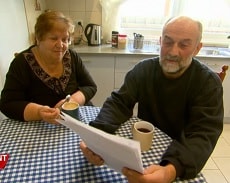 The Melbourne couple, identified as John and Kathy (right), have been customers of Telstra since 1971.

After the couple cancelled their account in order to save money with a new provider, they received a final bill with the word “Faggot” between Kathy’s forename and surname.

“It wasn’t a misprint, not a mistake, it was meant to be,” John told A Current Affair.

“Who is going to have a middle name expressing himself as, can I say the word? Faggot.”

“I got very upset and angry,” Kathy said.

In a statement to 9 News programme A Current Affair, Telstra said:

“We are extremely disappointed with what has occurred and have contacted the family to apologise.

“Incidents like this are unacceptable and we are conducting a thorough investigation to understand how and when the error occurred.

“At the request of the family, we are providing a donation to a nominated local sporting association.”

Earlier this week, we reported that a gay couple in Melbourne recorded an Uber driver calling them “faggots” in a homophobic, racist rant.

Watch a trailer for the A Current Affair report below. You can watch the full report via 9 News.