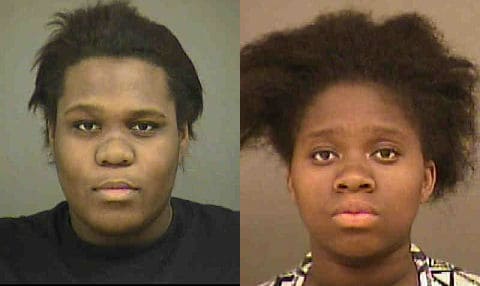 The FBI is considering whether the attack should be dealt with as a hate crime.

The victim, who wishes to remain anonymous, spoke to the Observer about the attack:

She said the assault occurred as she and a co-worker were walking home after work early Saturday evening. She said they passed a group of six or seven females and one male on Trade Street between Tryon and Church. Without any provocation, she said, one of the women yelled out:

A stud is a euphemism for a masculine-looking lesbian.

She said she didn’t respond, didn’t make eye contact and kept walking. But, she said, the woman continued to taunt: “Oh, yeah, you are a stud.”

Again, she said she ignored the verbal harassment. She said the woman then screamed a string of derogatory statements, including: “You’re a faggot. … You’re a queer….”

She said she didn’t respond. She said it’s the way she reacts under such circumstances. “I don’t pay them any mind.”

But as she and her co-worker crossed Church Street, they realized the group was following.

“All of a sudden, the guy comes up beside me and said, ‘Let me ask you a question.’ That’s when she attacked me. She screamed, ‘You’re f—— going to die!’ and … she jumped right on me with a hit to the face.

“I hit the ground pretty hard. She kicked me a couple of times in the ribs.”

She said her co-worker pulled the assailant away, and a second female then turned on the co-worker, punching her in the face.

The victim, a chef at a Charlotte restaurant, added that since the passage of North Carolina’s controversial anti-LGBT HB2 law, verbal assaults have increased because people now have “permission to be hateful.”

Her attackers, Thomasena Michelle Chisolm (above left) and Kiara Marie Johnson (above right) have been charged with misdemeanor assault. Both have previous arrest records but most charges were dismissed.

Previous Post: « Ohio Man: I Was Kicked Off a Bus for ‘Being Gay’ – WATCH
Next Post: GOP Limits Power of Party Chair Robert Morrow, Known for Gay Sex Conspiracy Theories »