You are here: Home / Davey Wavey and 13 Queer YouTubers Share Why They Love Being Gay – WATCH 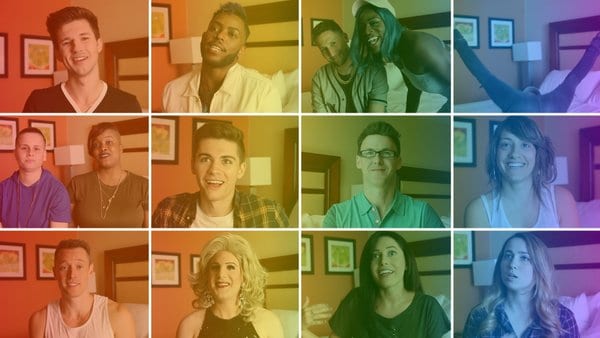 Just in time for Pride, Davey Wavey has shared a new video in which he talks to other YouTubers about why they love being gay. That is, beyond the cursory, “A bunch of d*cks, a lot of d*cks, and all the d*cks.”

“Being gay is being us, being true to who we are,” said OliviaHas2Moms. Lateef Thynative added, “I love the fact that we have our own culture.” These YouTube stars cover a lot of territory, from having our own language, to being celebrated for who you are, to having the freedom to express yourself and dress however you want, and much more. RyannMinajj said of the impact being gay has had on him,”Not being accepted by everyone has made me accepting of everyone.”

What do you love about being gay? Sound off in the comments.

Previous Post: « Captain America and the Winter Soldier Made Out in Front of Chris Evans and Sebastian Stan – LOOK
Next Post: These 50 Gay Men on PrEP Donated Blood to Protest the FDA’s Gay Blood Ban – WATCH »