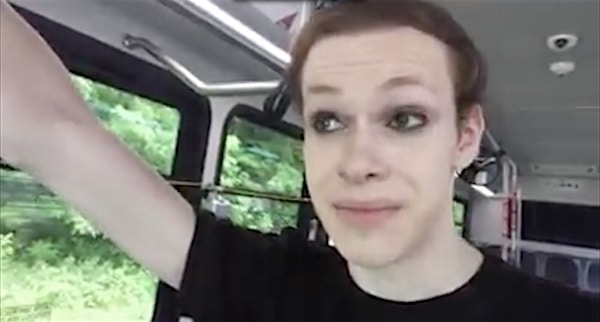 Benjamin Purdom, a Columbus, Ohio resident, had a very strange bus ride on his way to work this week.

So, I had a weird experience yesterday: I got kicked off COTA for being gay (or rather, wearing eyeliner).

I boarded the 83 bus on the way to work, and sat in the seat one before the back doors, so the driver could see me with some clarity.

While going down Innis Road, she randomly exclaims “I SEE WHAT YOU’RE DOING BACK THERE. IF I SEE YOU DO IT AGAIN, I’M GONNA KICK YOU OFF THE BUS AND MAKE YOU TAKE THE NEXT ONE.”

I’m quiet for a few seconds because I’m so confused; I was just sitting there, texting, looking around and minding my own business, trying to get to work. I reply “Ma’am, I don’t know what you’re talking about,” and she replies “Oh, that’s what they’re supposed to say.” I say “No really, I legitimately have no idea what’s going on, can you please tell me what you think I did?” and she refused to tell me.

We then reach McCutchenson and Seltzer, and after turning, she stops the bus, opens the doors, and is silent for several minutes, as if passively aggressively suggesting I get off. She then starts speaking into her walkie talkie and describing my appearance to get a supervisor to come. I and the other person on the bus were attempting to get her to explain why she stopped bus, but she wouldn’t give either of us an explanation. What made it weirder was before that, she passive aggressively asked us what time we had to be at work, claiming “I don’t want to make anyone late,” which was a boldfaced lie, as I was made 20 minutes late for absolutely no reason.

When the police finally showed up, they were just as baffled as everyone else. She was literally just pacing in circles in the grass refusing to talk to people. The only question the cops really asked was “Did you have something like an Aerosol can that confused her?” And that was it.

I honestly do believe that I was kicked off the bus because I had makeup on. I noticed her “I <3 Jesus” lanyard and I strongly suspect the reason she was being so vague is because she knew was committing a hate crime, but had no way of justifying it. I even said “I’m sorry if there’s something happening in your life that’s causing you to have a bad day, but I need to get to work” and she straight up said “there’s nothing going on in my life that’s bad” super calmly, as if to fuck with me. This woman is vile and disgusting, and she has no business working for COTA, or anywhere for that matter.

(in short, the Police did nothing and the Supervisor drove us to work. Bless him.)

The Columbus Dispatch reported on the incident and published surveillance video which backs up Purdom’s claims:

Minutes before the driver stops the bus, according to the security video, she appears to speak to Purdom for the first time: “If you keep doing what you’re doing, I’m going to have to ask you to get off. I’m uncomfortable with you on here.”

Purdom looks up from his phone and asks what he’s doing wrong. But the driver won’t specify. The driver at one point says it isn’t the first time that Purdom has “done it.”

“I’m not going to accept you being on the bus and assault me,” she says. “And then sit there like you’re doing nothing, but my body knows you’re doing something.”

Purdom said he felt threatened by the driver.

“She was really terrifying,” he told The Dispatch. “I didn’t figure that it might be a discriminatory thing until someone pointed out her ‘I love Jesus’ lanyard. I was wearing visible makeup. I can only jump to conclusions because she wouldn’t give me an explanation.” 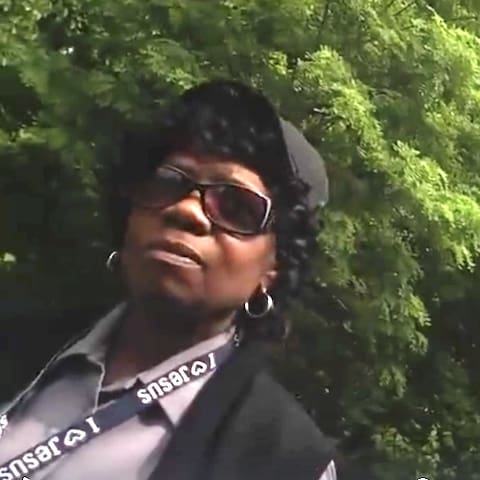 COTA says it is investigating:

We understand questions and concerns have risen involving an incident that occurred on Line #83 on June 2.

A passenger has stated that he believes Thursday’s disrupted service was a result of the COTA driver’s discrimination based upon his sexual orientation.

Please know we take this allegation very seriously and our policy strictly prohibits discrimination of any kind.

We are reviewing all available information to have a full understanding of the incident. After we gather the facts, we will share additional information with the public and take appropriate action. Thank you.