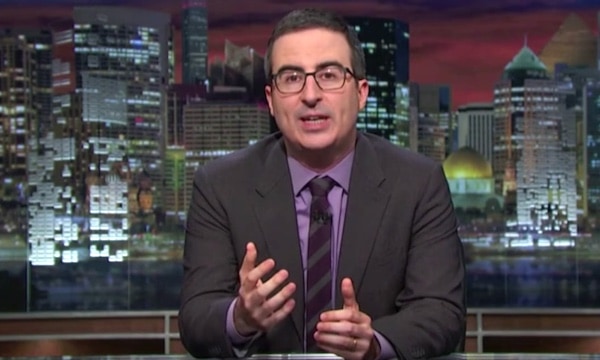 John Oliver took a moment at the beginning of Last Week Tonight on Sunday night to address the brutal slaughter of 50 people at Orlando’s Pulse nightclub early Sunday morning.

He also added a message of hope:

“For right now, on a day when some dips**t terrorist wants us to focus on one man’s act of brutality and hatred, it might be worth seeing this video, which was posted to twitter today. It shows hundreds and hundreds of people this morning lining up around the block in Florida waiting to donate blood. And it kind of reminds you that that terrorist dips**t is vastly outnumbered.”