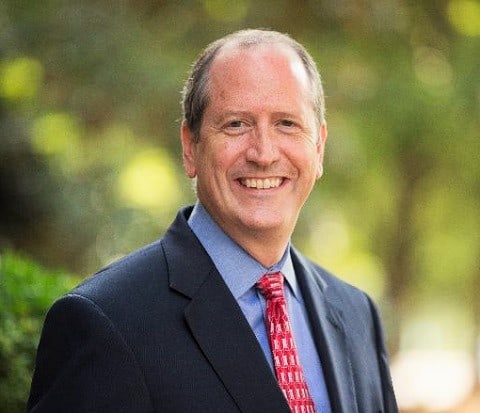 Contrary to what North Carolina Governor Pat McCrory has said about the intent of the state’s controversial anti-gay HB2 law, a number of recently released documents have revealed its true aim was to discriminate against LGBT people.

The emails obtained by the Charlotte Business Journal reveal that Rep. Dan Bishop, the lead author of HB2, compared gay people and LGBT advocates to the Taliban and specifically said “the LGBT movement jeopardizes freedom.”

According to the documents, a Bishop supporter emailed the GOP lawmaker telling him not to “cave in to the Politically Correct Taliban!” Bishop replied, “I LOVE that idea. Taliban. Love that too. Not giving up. Ever.”

Preserved boys'/girls' bathroom policy from destruction by a city acting beyond its authority. https://t.co/QhxNvg9OJk

In the same email, Bishop wrote “I don’t fear man. I fear God. So I won’t be backing down.” He also described the outcry against HB2 as “brutal,” noting that he “stepped in front of the train quite deliberately, but the beating is every bit as bad as I expected, and then some. I need the Lord’s help and your prayers.”

In another email, Pastor Randy Browder of Immanuel Baptist Church in Edenton thanked Bishop “for your courage in the face of unfair reprisal! The prayers of God’s people are with you as you continue to stand boldly for that which is morally right and good!”

In an email exchange discussing a Charlotte real estate broker’s criticism of HB2, Republican Bob Rucho told Bishop that it is time to “stop being intimidated and extorted by the political correct police because there is no telling where this ends and the damage to our state and country.”

Bishop told the CBJ that he was “furnishing these [records] voluntarily rather than pursuant to the public records law because they don’t constitute public records in that they are not ‘made or received pursuant to law or ordinance’ or are within statutory and/or common-law legislative privilege.”

Voting against boys/girls bathrooms and statewide nondiscrimination policy would have been hard to defend. #ncga https://t.co/f5N2FoVx4I

CBJ legal counsel Jon Buchan said he has asked Bishop to cite any legal authority supporting his position that these are not public records under North Carolina law. Bishop has not responded to the request.

McCrory, Senate President Pro Tempore Phil Berger and House Speaker Tim Moore have refused to release any of their communications about HB2.

“Rep. Bishop’s deep-seated hatred towards LGBTQ North Carolinians has blinded him to reality, so much so that he is is comparing people who support basic fairness and equality for LGBTQ people to the Taliban.

“These documents are just the tip of the iceberg, and clearly demonstrate that the core goal of this legislation was to discriminate and attack the LGBTQ community. It’s unacceptable that McCrory, Berger, and Moore continue to evade their obligation to transparency, and it seems obvious that they are doing so to avoid the public seeing the despicable nature and motivation of this legislation.”

HRC also notes that two month has passed since an open records request was filed seeking information from McCrory, Berger and Moore, in violation of an obligation for lawmakers to respond to such requests in a timely fashion.

Watch a March interview in which Bishop claims that HB2 preserves “every piece of protection that North Carolina law or Charlotte law provided.”