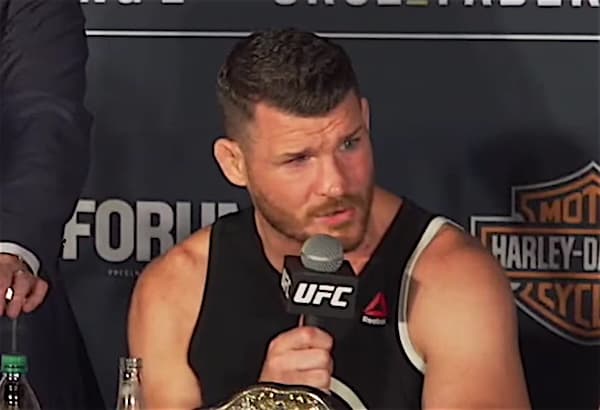 Back in 2011 UFC fighter Michael Bisping made headlines for referring to his opponent as a “faggot m-fer” in  promotional video for a Sydney fight.

On Saturday, Bisping won the UFC middleweight title, and while he may have grown as a fighter, he hasn’t learned anything from the incident five years ago, and referred to his opponed Luke Rockhold as a “c–ksucker and a “faggot” at the end of a post-fight press conference when Rockhold refused to shake his hand.

“Shouldn’t have said that,” Bisping added.