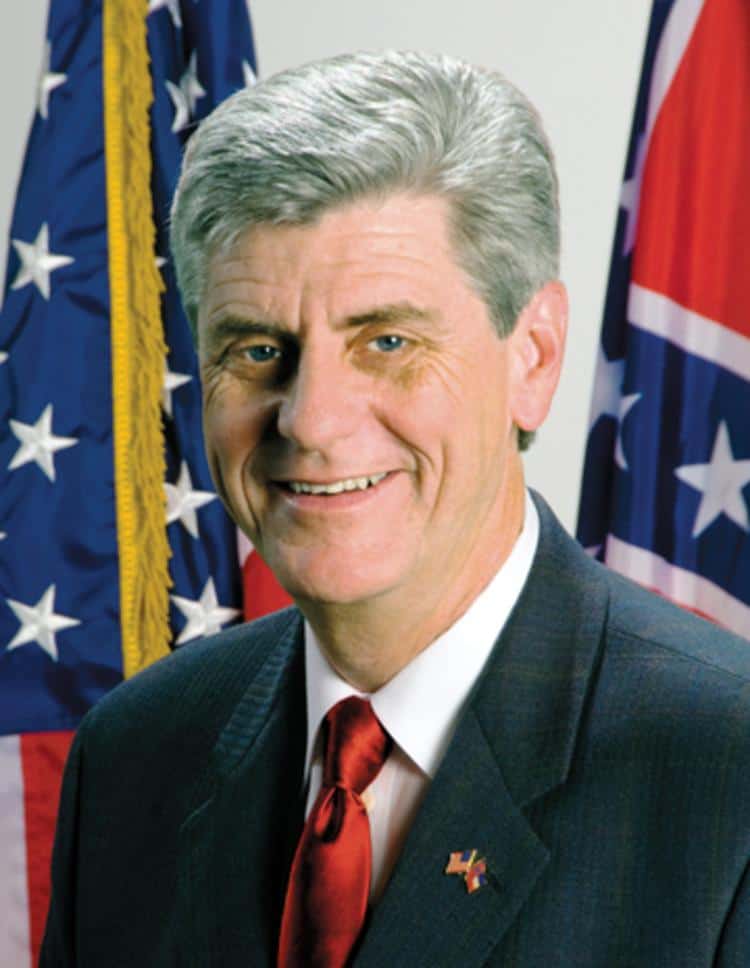 Speaking at last week’s Watchmen on the Wall conference, Mississippi Governor Phil Bryant said that persecuted Christians will queue up to be crucified in support of his and other states’ anti-LGBT legislation.

Introduced by none other than conference head honcho, prolific Tweeter and hate group Family Research Council president Tony Perkins, Bryant mewled that “all of the secular progressive world had decided that they were going to pour their anger” on him because of Mississippi’s controversial law:

Why religious freedom is so important: as believers, whatever we do, in leisure or necessity, is for God's glory. pic.twitter.com/lIXfwUQjei

Bryant also more or less suggested that Perkins is something of a modern day Messiah who “was there as surely as Our Lord and Savior, as surely as the God of all gods stood there with us.”

“I can tell you how fortunate we are in this nation and in this organization to have a man of faith and leadership in Tony,” he added.

Last week, Mississippi Attorney General Jim Hood said he would not represent Mississippi after Bryant announced he’d join the lawsuit being brought by 11 states against the Obama administration over recent guidance on transgender students.

Watch Bryant’s comments via Right Wing Watch at the conference below.

Previous Post: « Summer 2016: What Our Readers are Doing to Make This the Sexiest Season Ever
Next Post: Bill Kristol’s #NeverTrump Recruit David French Was a Lawyer for Anti-Gay ‘Alliance Defending Freedom’ »