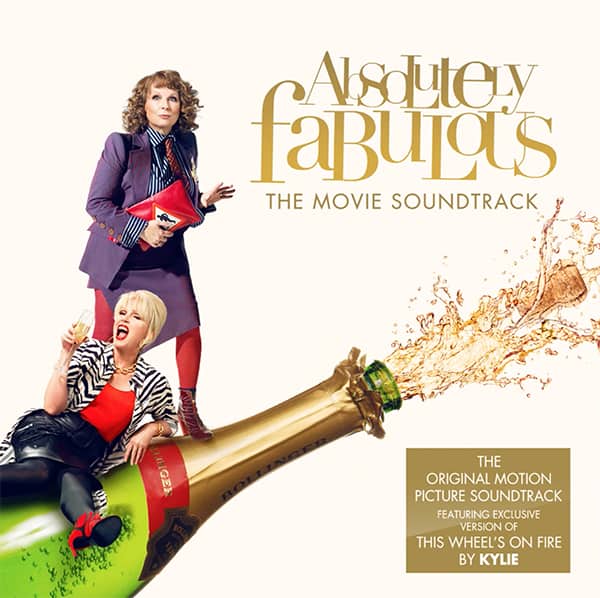 This Aussie is on fire, sweetie darling.

The one and only Kylie Minogue has recorded the theme song for one of the cinematic events of the summer: Absolutely Fabulous: The Movie. The Sun reported that the song was recorded in a “secret studio session,” and Ab Fab creator Jennifer Saunders wanted to “keep her involvement under wraps.”

Kylie recorded a cover of “This Wheel’s on Fire” from the ’90s BBC sitcom Absolutely Fabulous. It was originally written in 1967 by Bob Dylan and Bob Danko.

“As a huge fan of the Ab Fab series and both Jennifer and Joanna, I’m over the moon to be singing the theme song,” Kylie told The Sun.

The song is not yet available in the U.S. iTunes store, but you can listen to it here, courtesy of East West Records:

It’s true! Kylie is on the bloody soundtrack!

Besides Kylie, the movie also has a hot fashion party in London, champagne in a convertible in the South of France, Stella McCartney, Jon Hamm and even Kate Moss being pushed into the River Thames. Gay enough for you? Check out the official trailer below: