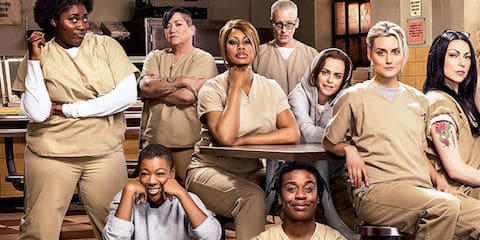 — The Downton Abbey-era gets a brilliant twist in Comedy Central satire Another Period. Comedy faves Natasha Leggero, Paget Brewster, Riki Lindhome and more are joined by Jason Ritter and Christina Hendricks in a bonkers send up of turn of the century aristocrats. The second season premieres Wednesday at 10 p.m. Eastern.

— Get ready to binge when the fourth season of Netflix’s Orange Is the New Black drops on Friday. Things are changing at Litchfield as the prison goes for-profit and crams in more prisoners, more conflict and more drama.