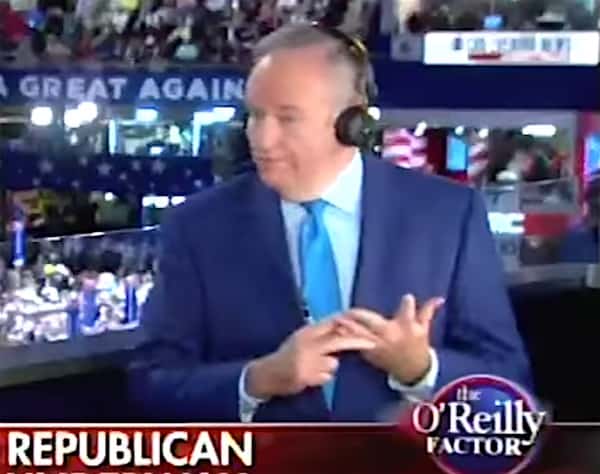 Montel Williams took to Periscope last night after an incident in which he walked away from an appearance on The O’Reilly Factor and was then called out by O’Reilly on air for storming off over “some gay thing.”

Williams, who spoke to CNNMoney after the incident, offered a more specific account: He said he’d been told that the segment was going to focus on an LGBT speech that he’d given earlier in the day, as well as a poll suggesting that President Obama is a racist (Williams intended to knock that poll down).

But when he arrived, Williams said, he was told the segment was only going to be about the poll. “Suddenly [Fox News host] Eric Bolling is involved and it’s all about Obama being a racist,” Williams said. “I walked before air, they chased me half way around the building. My detail had to stop them.”

“I’m solely focused on my [LGBT] speech,” he said. “When that was eliminated, why stay?”

Williams responded on Periscope by ripping O’Reilly for calling him a coward:

“The word coward is usually used on people who have done most of the things that you have done, like embellish and lie about your credentials as a journalist. Like the fact that your own daughter in a testimony in a court case…said that you dragged your ex-wife down a flight of stairs!”