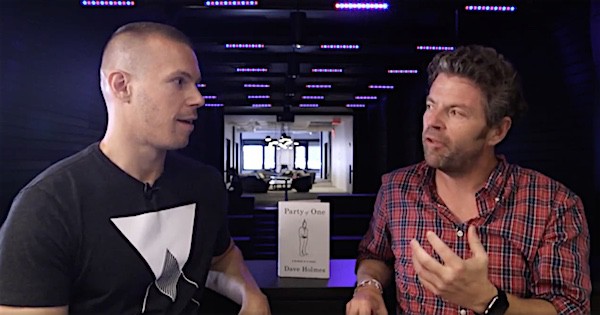 Earlier this week we featured former MTV VJ Dave Holmes’ new memoir as one of our TowleREAD selections. The book, called Party of One: A Memoir in 21 Songs which takes the music of the ’80s, ’90s, and ’00s as its soundtrack as Holmes chronicles his journey through those decades as a gay man, from high school to Catholic college, to the bars of New York City and the advertising industry, and to his accidental career as a VJ.

Gawker’s Rich Juzwiak sat down with Holmes to talk about the book in a thorough, 47-minute conversation which touches on the book’s ‘gayness’, Holmes’ interest in music and how it flows through out the book, concepts of masculinity and what they meant for a kid coming of age in St. Louis in the ’80s. Also, sexual identity.

And you can check out our TowleREAD selection from the book again, below.