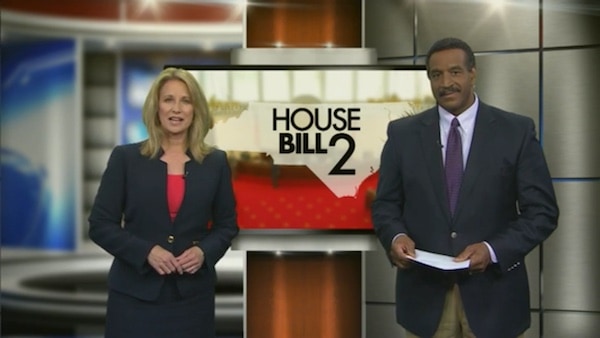 North Carolina lawmakers ended their session by reversing a small portion of HB 2 but left intact most of the hateful law.

The two chambers also late Friday agreed to make a change to the law known as House Bill 2 as requested by McCrory, who wanted to have restored the right of workers to sue for employment discrimination using a state law. It cleared the House by a vote of 85-15 and 27-14 in the Senate and now goes to McCrory. His office didn’t immediately respond the action.

But the change to House Bill 2, approved in March and the subject of criticism nationally, didn’t repeal provisions that limited non-discrimination rules for lesbians, gays, bisexual and transgender people and directed which restroom transgender people can use.

Earlier in the week the NBA, the Charlotte Hornets, and the Human Rights Campaign blasted proposed revisions to the law for not going far enough. The NBA has said that HB 2 in its current form puts Charlotte at risk of losing the 2017 NBA All-Star game.

HB 2 is now officially a “disaster” for the state as the Senate has transferred money from a disaster relief fund in the amount of $500,000 to gove McCrory’s office cash to defend the law in court.

That means that NC Republicans—the very people who rushed to pass HB2—have declared it a “disaster”… of their own making. Heh. Haha. LOL. Of course, they’re also finally trying to rework the law under threat that the NBA will pull the plug on next year’s All-Star Game in Charlotte. Also laughable since the NBA is already flat-out rejecting the effort because it does nothing to curb discrimination against transgender individuals.