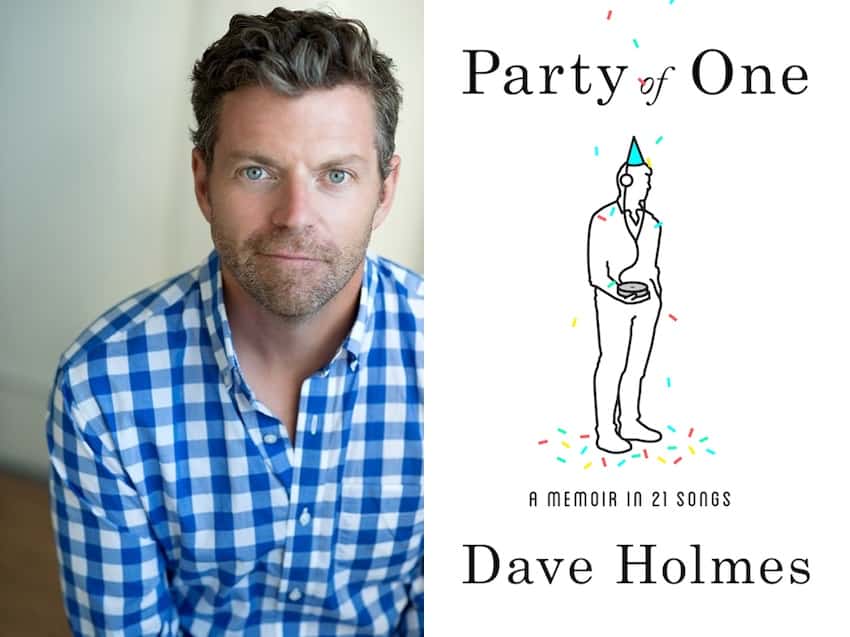 Former MTV VJ Dave Holmes has just published a hilarious memoir and a great summer beach book called Party of One: A Memoir in 21 Songs which takes the music of the ’80s, ’90s, and ’00s as its soundtrack as Holmes chronicles his journey through those decades as a gay man, from high school to Catholic college, to the bars of New York City and the advertising industry, and to his accidental career as a VJ.

Allow him to introduce the reading:

This is a selection from my memoir, Party of One, which came out on Tuesday, June 28. It’s a memoir of all of my worst behavior and least healthy choices through my years, and all of the wonderful places that they’ve taken me.

The piece that I’m going to read for you is from a chapter about my awkward, self-destructive coming out in the early nineties at a conservative Catholic college in New England, and my first attempt at love. It takes place after I have written to a letter to the school newspaper, anonymously, indicating that I am a gay person on campus. And I would read that letter, but it is so full of conflicted, self-loathing nineteen-year-oldness that I just can’t face it again. So you’ll have to buy the book if you want to read it and cringe. How enticing is that?

You should also know that I begin this chapter by saying I’m so terrified of AIDS at this point in my life that I can’t even listen to the Suzanne Vega album “99.9ºF” because it’s about AIDS. My literal, actual, entire HIV and AIDS action plan was just not to listen to that album. We pick up the story right when the chaplain’s office has decided to put a support group together for gay and lesbian students. So here we go.

Holmes is also a comedian, and contributes to Esquire magazine.

You can pick up Party of One on Amazon.

As a bonus, check out this great playlist Holmes made up for the book, featuring the soundtrack of his life, and visit his website HERE.

Jim Downs Reexamines Gay Culture, History, and Sex in the 1970s in ‘Stand By Me’