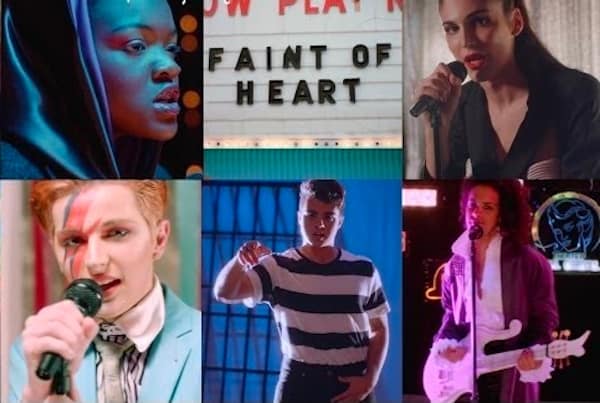 Tegan and Sara’s new video for “Faint of Heart” features LGBTQ youth celebs channeling musical icons and it was shot one day after the Orlando tragedy.

The clip stars Tyler Ford as Prince, Ella Giselle as Madonna, Dominic Ravina as Elvis, Olabisi Kovabel as Grace Jones, Cooper Treibel as David Bowie, and Eli Erlick and Ni Ching-Marino as Sara and Tegan, respectively. “To be able to meet so many people from the LGBTQ community who are doing such important work was an honor and an added bonus to making this video,” Tegan said, adding that she and Sara “chose not to be in the video (other than a small cameo) as a way to truly showcase the talented performers and not overshadow them in any way. We knew we had a special opportunity to highlight these artists and didn’t want to take away from them or their performances.”

The video held extra weight as it was filmed the day after the tragic shooting at Pulse nightclub in Orlando, Florida. “Working with other trans and gender non-conforming folks fills my heart up, and the fact that LGBTQ youth will be able to see possibilities for themselves in this video is so vital,” Tyler said of the process. They added that “being on set with so many LGBTQ folks — especially the day after the Pulse shooting — was so necessary, nurturing, affirming, and healing. It’s so important to be able to create with and within our communities.”

Previous Post: « 7th Circuit Rules Against Fired Professor in Anti-Gay Discrimination Case
Next Post: When Brian Sims Offers Youse Guys a Wooder at the Shore, You Take It »