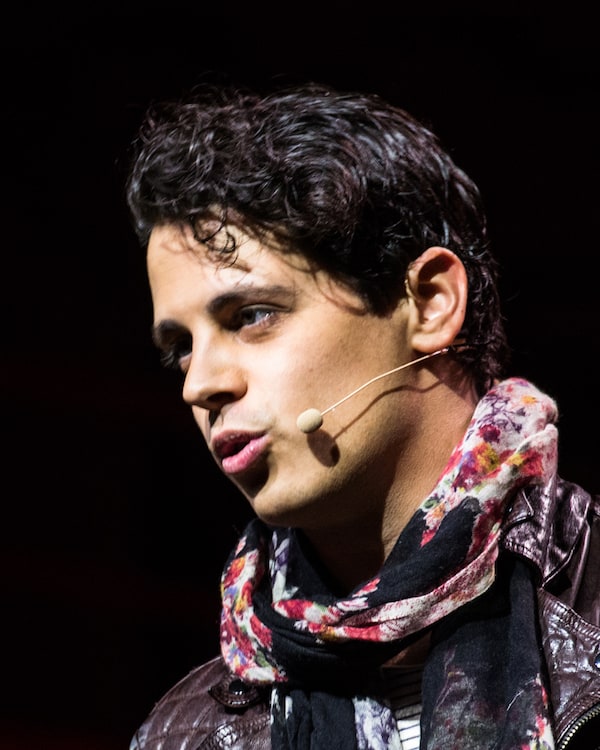 Milo Yiannopoulos, the gay conservative tech editor for Breitbart who used the Twitter handle @Nero, has been permanently banned from Twitter, hours before he was to take part in a ‘Gays for Trump’ event at the RNC.

Yiannopoulos has been suspended from Twitter several times in the past for violating its terms of service, and had his verified status revoked earlier this year, prompting the hashtag #JeSuisMilo among his supporters.

But claims that he had fanned the flames of the harassment of Ghostbusters actor Leslie Jones on Twitter led to a “permanent suspension” from Twitter on Wednesday.

A few examples of the racist tweetstorm Yiannopoulos was facilitating are here.

I feel like I'm in a personal hell. I didn't do anything to deserve this. It's just too much. It shouldn't be like this. So hurt right now.

People should be able to express diverse opinions and beliefs on Twitter. But no one deserves to be subjected to targeted abuse online, and our rules prohibit inciting or engaging in the targeted abuse or harassment of others. Over the past 48 hours in particular, we’ve seen an uptick in the number of accounts violating these policies and have taken enforcement actions against these accounts, ranging from warnings that also require the deletion of Tweets violating our policies to permanent suspension.

We know many people believe we have not done enough to curb this type of behavior on Twitter. We agree. We are continuing to invest heavily in improving our tools and enforcement systems to better allow us to identify and take faster action on abuse as it’s happening and prevent repeat offenders. We have been in the process of reviewing our hateful conduct policy to prohibit additional types of abusive behavior and allow more types of reporting, with the goal of reducing the burden on the person being targeted. We’ll provide more details on those changes in the coming weeks.

In a comment, Milo said “With the cowardly suspension of my account, Twitter has confirmed itself as a safe space for Muslim terrorists and Black Lives Matter extremists, but a no-go zone for conservatives.”

“Twitter is holding me responsible for the actions of fans and trolls using the special pretzel logic of the left. Where are the Twitter police when Justin Bieber’s fans cut themselves on his behalf?”

“Like all acts of the totalitarian regressive left, this will blow up in their faces, netting me more adoring fans. We’re winning the culture war, and Twitter just shot themselves in the foot.”

“This is the end for Twitter. Anyone who cares about free speech has been sent a clear message: you’re not welcome on Twitter.”