Organizers of the Paris LGBT Pride Parade (or La Marche des Fiertés, in French) announced Monday a new route for the annual march: about half as long as previous years.

La Marche des Fiertés will go on as scheduled on Saturday, July 2 at 2pm. But this year, instead of going from Montparnasse to Bastille (2.8 miles), it will start at the Louvre and finish at Bastille (1.5 miles). 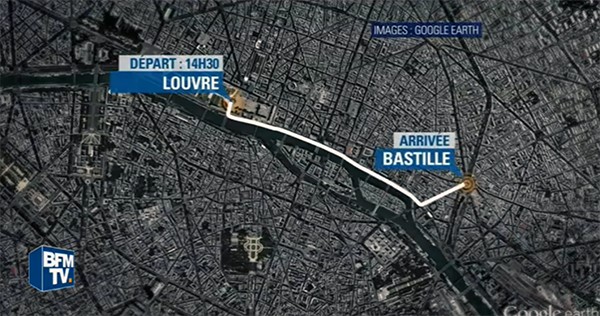 In a statement posted on its website, Inter-LGBT, a group of 50 French LGBT organizations that coordinates LGBT events in France, explained that “their priority was to ensure the safety of protesters, while refusing another postponement.”

The march had “already been put back a week by Paris authorities due to the clashes with the Euro 2016 football tournament, which has seen police stretched to their limits already,” as reported by French news website The Local fr.

Participants were not happy about the changes. 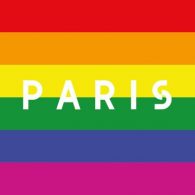 Amandine Miguel, spokesperson to Inter-LGBT said that she “received the news with a slight dose of anger,” she told French news channel BFM TV, but it was a better option than the proposed idea of moving the march to later in July or September.

LGBT activist Mathieu participates in the Paris parade every year, and he said that he’s disappointed but not surprised. “Obviously, the march should feel safe, and fear is understandable, but it should not dictate how the LGBT community lives,” he said. Having “Orlando as an excuse is easy and disgusting. ”

Brigitte Goldberg, president of LGBT rights group Trans-Europe, said that “everything has been done to minimize the significance of this event,” BFM TV reported.

“Giving into fear, giving into homophobes, is also giving up on our struggles, our battles, our demands, our right to live, our diversities. Giving in to fear is letting terrorism win,” read a statement posted on Acthe, an LGBT rights organization based in Paris 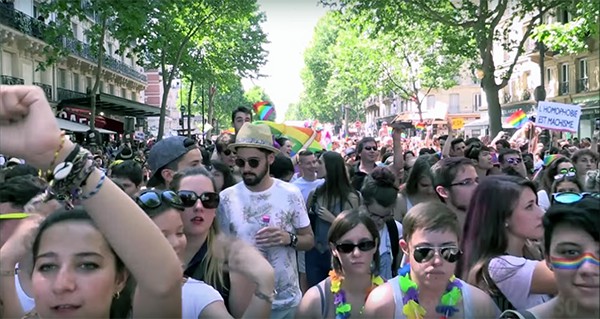 Bryan Pirelli of The Gay Locals, a blog that tells non-locals how to “experience gay Paris,” agrees that cutting down the march in half “seems to be sending the wrong message, like we are giving into the fear, and I’m a little disappointed,” he told  The Local fr. Still, I am proud of how Paris expressed solidarity with Orlando after the shootings, and I hope that message still comes through loud and clear during the march, however short it will be,” he said.

Celebrating its 25th anniversary, Paris Pride is one of the largest in Europe, and organizers are expecting half a million people this year. The march ends at la Place de la Bastille where a 5-hour show with DJs, performers and a voguing show by the House of Mizrahi. This year’s team is Trans Rights.

Organizers are asking all participants to wear a black armband in memory of the Orlando victims.

Previous Post: « Identity Is Anxiety-Free in ‘The Gay and Wondrous Life of Caleb Gallo’ – WATCH
Next Post: ‘Mean Girls,’ ‘Mommie Dearest,’ ‘Looking: The Movie’ and More Streaming in July »