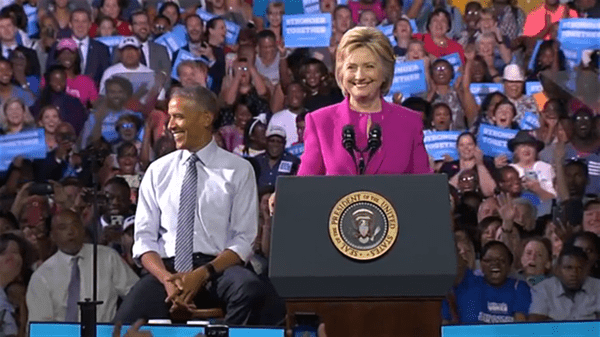 The event comes on the same day that FBI Director James Comey announced the Bureau would not be filing charges against Clinton for her use of a private email server while she was Secretary of State.

President Obama narrowly won North Carolina in 2008 but lost the state in 2012.

Watch live video of the event, below.